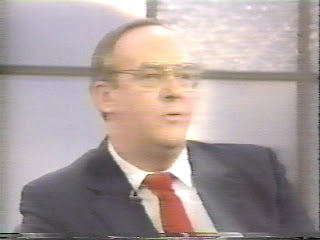 A letter from Janet Parent to the Leslie Van Houten Parole Board in 2000 courtesy of Nelson's old site.
Orca was not the first unrelated relative to speak up against the whore who "only" stabbed a dead lady.

Dear members of the California Board of Prison Terms:

I am writing in regards to prisoner #W 13378 Leslie Van Houten.

I have been silent too long. My family never thought that the day would come when any of these animals could possibly be released back into society, but here we are. It is time to speak out.

My name is Janet Parent and I am the sister of Steven Parent one of the victims of the Tate murders. I am appalled that this woman even has a right to possibly return to society. All the therapy and degrees in the world doesn't change the fact that she is a cold blooded murderer.

These people are not insane and were not at the time they committed these murders. They planned and conspired to commit these crimes. Insanity might be a small reason to help understand how these horrendous crimes were committed, but insanity wasn't a factor. They knew exactly what they did and being a model prisoner doesn't give them the right to be released.

Leslie Van Houten is a murderer, granted she wasn't at the Tate house but she wanted to be there and in my mind that doesn't make her any different than the rest.

Where is my brothers degree? Eighteen, just graduated from high school, accepted to college. No, he didn't even get the chance.

Miss Van Houten isn't supposed to be alive, because our system sentenced her to death, but she is alive and should spend the rest of her life right where she is, remembering each and every day of her life what she has done.

Please don't let my family and the other victims families down.

Say no to her release.

I don't see a problem with this. If the IRA kills your favorite uncle, you are justified in holding the whole IRA responsible, not just the individuals who did the killing. The Manson family members were co-conspirators. I will quote Leslie again: "We all had our jobs to do." Also, the Tate and Labianca murders were tried as part of one criminal conspiracy, Leslie right along with the Cielo Dr. bunch. Why? Because that's how the law treats co-conspirators. This is why Debra Tate and Janet Parent are allowed at Leslie's parole hearings, and again, it seems legal and appropriate.

Was the law recently changed ?

Because on one talk show back when
Patti was alive and on the crusade, Patti stated she was only allowed to attend the parole hearings for those who actually were invloved in Sharon's murder.

Orca only attends as a guest of Smaldino she is not allowed to speak. PLease learn facts.

Colonel, I beg to differ. Anyone can attend ANY parole hearing of any inmate in these United States. You may not be able to speak on behalf of the inmate or the vics, but you can attend.

We are not contradicting each other. If you are a victim though you are allowed to have two SUPPORT guests - Like "Special Guest Stars" and sit up front and sht- which is what Orca has been doing.

Gotcha. Thank you for clarifying.