I know there are hundreds of bands that start every year in every corner of the surburban nightmare that America has become. Usually kids looking to get famous, rich or laid, they flame out rather quickly and are never seen again, the band remembered only as an idle fancy of an errant youth as breeding and bill paying become priorities.

In my ongoing discussions with Bobby Beausoleil it always comes back to the MUSIC. Sure he fucked his life, okay fine, yes he has been in hardcore jail for almost 35 years, okay that Aryan Brotherhood wasn't exactly accurate, and he loves his daughter and his wife...but did you hear his CD? He is all about the music. I guess that is what keeps him sane in an insane place. The Col spent several weeks in a maximum security prison in the early nineties (as a guest) and believe you me it SUCKS ASS.

So today's post is a reflection- what must it have been like to hear one of the three performances of THE MILKY WAY? They played the Longhorn Saloon at Spahn three times in early 1969. Bobby on guitar with Charlie on bass, Clem on drums and the girls singing along. The first time it was only ranch hands, the next two times it was paying guests. There was beer, there was singing, there was leching, with everyone involved about to make history in ways they never intended to.

Can you imagine what one of those evenings must have been like?
Posted by ColScott at 9:21 AM 8 comments: 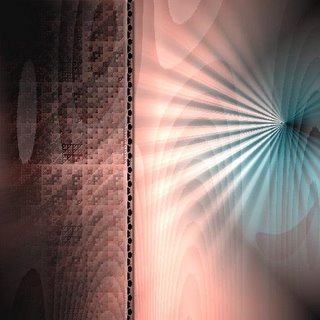 Looking over all the responses from last week's posting, you know what I thought would suck if I were Leslie? For two plus YEARS I was free in between all the mistrials and hung juries. I had a job. I had an apartment. It LOOKED like I was gonna walk. In between all the abuse and dykes and filth in prison, I had managed to survive. I was free at last.

How bad must it suck now to realize that IF she gets out (most students of the case, both the Col followers, the KTS Clan and the Turnerites seem to feel she will... the Col is not so sure) it will be when she is so damn old she won't even care.

But it didn't look that way 28 years ago...nope. Les had every reason to think this was all gonna go away. She could go make herself look hot and hit the talkshow circuit, find some nut and get married.

How bad must her reality suck after all that?
Posted by ColScott at 12:11 AM 23 comments:

Bret Speaks Better than I could 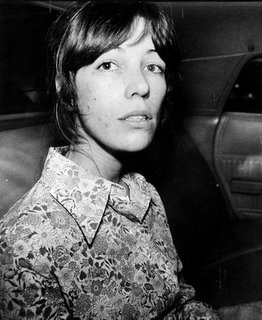 This is taken from KTS without Bret's permission, but since Leslie is once again angling for release the Col gets tons of emails asking why she should get it when she had the death penalty. Visit Bret's site, the best on the web, by clicking to the right. Now, Bret, explain why Leslie is different LEGALLY to the nice people......

Leslie Van Houten is not a death penalty reversal. Her original
sentence was trown out all together. She had something totally
different from the others. She was given a new trial and that is the
sentence that stuck. Not the death penalty. She recieved a 7-to-life
sentence.

She is not just a good candidate for parole. She is a EXCELLENT
candidate for parole. Parole was part of her sentence and the law
should be fulfilled in her case. She has worked steadfastly for 30
years for her parole and done everything that the Board has ever
asked her to do. Her participation was minimal and she contributed
more as an ader and abetter and an accessory to murder. I have
studied her case very thouroghly and I have all her parole hearings
on video.
She posseses a personal charm and is very elegant and articulate.

She has been in prison for 35 years and that has to count for
something. She was 19 at the time of the murders. 35 years is a
life time. She along with Pat and Susan are the only women in
California today who have been in prison for more than 30 years.
Posted by ColScott at 4:56 PM 48 comments:

Random thoughts from the World of Charlie....

The Message Board at GoRightly's Page is kaput. If this is permanent, then a major piece of online TLB study has finally bit the dust. After Clark Ronson's original board was exposed as a place of mendacity, many intrepid pilgrims, the Col included, travelled far and wide to join GoGo and wait for his book. His book turned out to be a self-published mess, but there were fun times on that board for a while.

As if hearing a cry in the wilderness, Mark Turner has started a new Forum.
The Col has been on it a few times without incident. That said, the problem with Turner in the past is two-fold. He is anti-Family to the point of illogic. And he never tolerated dissent. If he can be as open with his forum as, say, the mighty Col, then we welcome him and his forum.

There has been pure comedy going on over at Yahoo Groups WhiteRabbittCult.
The Fool Known as Larry Melton (birth name Joseph Garriolla according to his hand written "manuscript", tried to remove the Col from the group for mocking him and ended up banning himself. What a maroon! Check out the opening page- someone called blackrabbitt took over and penned a nice mocking poem for Larry.

We will have a look at this book on the blog soon.

Then foolio started WhiteRabbittCult2 and no one followed him! Fart on, Tanya!

Anyway, it's always fun in Charlie's World. Party on!
Posted by ColScott at 12:40 PM 12 comments: