My Point and I Do Have One

So I didn't just post about some other murder for the first time ever for shits and giggles.

On the contrary, here is a famous murder case where the victim was beaten to death because the culprits believed there was money- CASH- in the house.

BELIEVED it- there wasn't any.

That's one instance.  Happens all the time.

At Cielo, if we eliminate Bugliosi's madness, we are left with a drug deal gone wrong.  Or a robbery.

With Hinman if we ignore Bobby's later spin, we are left with a robbery.

Shorty- an afterthought, trying to not get caught.

Waverly has always been the problem when trying to make sense of it.

Did Rosemary have a sizable estate or not? Was Suzan after her money?  Leno had embezzled money.


Money Money Money.  Sorry folks, it's the most base motivation and also the most common.

The killers show up at the house at a prearranged time.  Someone has tipped them that it is a good time.  They tie up the victims and try to get answers.  They beat and slaughter them.

I don't know if Suzan knew Tex or she sent them or what.

I really can't see how there is any flaw in this line of thinking anymore.
Posted by ColScott at 10:45 AM 65 comments:

I haven't had much to say lately.

Ever since Matt at eviliz posted the crime connections of the LaBianca piece and then the Skynyrd site picked it up I have been obsessing again about motive.

This is an excerpt from a piece on the famous I WANT TO LIVE! murderess Barbara Graham.  Please read it and then join us up above in the next post.

Night of the Murder

The five conspirators met the next night at the Smoke House Restaurant in the San Fernando Valley and had dinner. Then, well after dark, they drove in two cars to the home of Mabel Monohan. Shorter and Emmett were in one car; Jack, John, and Mary followed in a second. Shorter and Emmett parked just around the corner on the side of the house, where they could see the porch. Jack parked across the street from the front door. The woman called Mary was let out and went up to the front door. The bell was rung, the porch light came on, and there was muted conversation through the door for two or three minutes. Finally the door was opened and Mary went inside. A couple of minutes later, John went up to the door and went in; he was followed at short intervals by Emmett, then Jack, so all of them would not be crowding in at one time. Baxter Shorter waited in the car for them to find the safe

After a few minutes, Jack came out to the car where Shorter waited. "Come on in," he said to Shorter. "We can't find nothing."

Shorter followed Jack into the house. Inside, Shorter saw Mabel Monohan on the floor of a hallway, lying half in and half out, badly bleeding about the head and face, blood all over the rug, moaning loudly through a gag over her mouth, with her hands tied behind her back. John was kneeling beside her, Mary bending down over her.

"Knock her out!" Mary said. She handed a nickel-plated revolver to Emmett, who began slugging the woman in the temple.

Shorter claimed at that point that he grabbed Emmett and threw him down on the floor, yelling, "What the hell are you doing' This isn't the way it was supposed to be! This is no good!" The woman appeared to Shorter to be choking from the gag. "Jesus Christ, this is no good!" he continued to protest. "This woman's in bad shape! Take that gag off her so she can breathe!"

John looked up to Jack for instructions. "Shall I do what he says'"

John opened a pocketknife and cut the gag off Mabel Monohan's mouth.

Jack gestured around the ransacked house and said to Shorter, "I called you in here to show you there's no safe. The information you gave us was wrong."

"John was the one who came down here with Scherer and the shoebox full of money," Shorter defended.

They all stared at each other, realizing they had bungled the whole thing.

A few minutes later, Emmett, John, and Mary left the house and went to the car across the street. Jack said to Shorter, "I'll ride with you this time. Take me back to where we met tonight."

On the drive back, Shorter again said he was going to telephone for help for the woman in the house. "I don't give a damn what you do," Jack said. "That woman stopped breathing before we left."

When Shorter dropped Jack off, Jack said to him, "You're not much of a man, are you'"

"Not when it comes to a thing like this, I'm not," the professional burglar replied.

"Well, don't forget we know how to get in touch with you," Jack said. It was clearly a threat.

As soon as he let Jack off, Shorter found a service station with an outdoor phone booth. Dialing the operator, he told her it was an emergency call, that a woman needed an ambulance immediately, and he read the address, 1718 Parkside Drive, off the utility bill he had taken from the house. Then he hung up and fled.

There was a record of the call Baxter Shorter made. The operator attempted to dispatch an ambulance, but no such address could be found in Los Angeles. Shorter had been so nervous that he had neglected to tell her it was in Burbank. 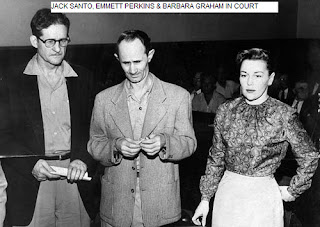 Preliminary investigation revealed that the victim's daughter, Iris, had once been married to a Las Vegas gambler named Luther Scherer, and that the Scherers had once occupied the house. When Iris and the gambler divorced, Iris got the house as part of her settlement. Iris later remarried, a wealthy importer named Robert Sowder, and gave the house to her widowed mother when the Sowders went to live in New York.

Investigators also learned that Mabel Monohan and her former son-in-law maintained a close, affectionate relationship that continued even after Iris and Luther divorced. Scherer still had a closet full of suits and personal effects in the house that he used when visiting the area. And once, when Scherer was seriously ill with cirrhosis of the liver, he came home to Mabel and she nursed him back to health, cooking and caring for him so he would not have to hire a stranger.

There were rumors among numerous people that the police interviewed that Luther Scherer even had a safe somewhere in the house, and was believed to leave large amounts of cash there with Mabel for safekeeping.

With that information, police believed they might have found the motive for Mabel Monohan's vicious murder.

Wow. I knew it was sick but I never thought it would die.

When the Col started this Blog one of the driving forces was I was sick of the ignorance of the internet. The original board that I was glued to for years in the late 1990s by a Clark Ronson ended up in turmoil with imposters, lies, no conclusion and Ronson himself turning out to be an Neve Campbell obsessed lunatic. Then came the only real meeting place over at the GoRightly site- problem was he only wanted to sell poorly written books. Eventually though there was KTS in the Yahoo Groups- Killed The Sixties. Mostly a Kawfee Klatch with women clucking about nonsense, it did at one point become a good place to visit thanks to people like Denise and Heaven who ran it.

The problem was that for many years the ladies would ban the Col on site. They didn't like his knowledge or his table manners. I kept coming back and getting my ass banned. And then started the only Official Blog on the subject mostly to tell the KTS people to go fuck themselves. This of course led to us becoming fast friends.

Heaven gave up. The site lingered for years- it still had good docs and pics and a great montage on the front. And now I randomly checked it and it's gone. Like Bret's site too. Like Bug's diginity.

Where Are We Now, Hey What? 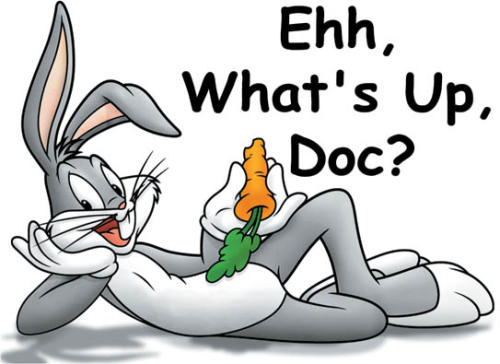 ¶ I mentioned on EvilLiz that I question whether or not Rosemary ever really left a $2 million dollar estate. I can find no record of this. Author Tom O'Neill mentioned that he had been unable to confirm any such thing. I wonder if that has changed or if his book is going to come out.

¶ Claire Watkins, Little Paul's daughter has written a book BATTLEBORN. It is really good. Limited insight into TLB but a strong writer.

¶ I hear Bugliosi remains gravely ill. We will pray for his recovery and repentance.

¶ I hear that Clem is in a new band.

¶ I hear Nelson's sons are now grown up and successful.

¶ In shocking news, neither Orca nor Robin have accepted my Lie Detector challenge.

Happy Labor Day whatever that is.
Posted by ColScott at 10:17 AM 27 comments: