Blogging The New Atkins Book Part ONE- Say What? 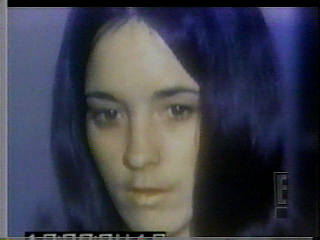 Hi there.
Sadie, the girl who even if she didn't kill Sharon Tate at least wished that she did, was writing another book before she was diagnosed with only six months to live twelve months ago.

You can read it here.

It's not very well written. It is very self serving. Big surprises I know. Bret claims it is her third book but I only count one before this. In any case, I read it once and we're only going to plow through it to see what we can learn.

Any real value would be in the revealing of the hither to unknown motives for TLB. She does refute the Bug's lies- but then any two year old would do the same if they opened their goddamn eyes (I'm talking to you, Discovery Channel!). But her new motive- not so good.

Near as I could conclude her view is

1- Charlie thinking he killed Lotsapoppa started everything. I buy that.
2- Charlie wanted money to get the fuck out of town. Okay.
3- He thought Hinman had it. Maybe, this has been bandied about before.
4-Bobby was a leader of the Family too and Charlie wanted him to get his hands dirty. Okay except most evidence indicates Bobby was NOT a leader. Hell he was younger than some of the girls.
5- Bobby got sent to get the money along with Sadie and Mary because Charlie wanted their hands dirty. Charlie stabbed Gary so that Bobby would have to kill him.
6- Bobby goes to jail, Charlie doesn't want him to squeal about Crowe so he sends out people to do TLB as copycat murders but everyone was too stupid and no one linked them.

The biggest problem I have with this is that, besides from not making sense, I don't believe Bobby KNEW about Crowe until later. He wasn't a leader, sorry Sadie. And if Sadie is accurate and Charlie had Mary repudiate Bobby during the second trial, then Bobby would have made a deal to save his ass from the gas chamber RIGHT THERE by giving up Manson for Crowe. Remember, we're all just scholars here. Fucking GAS CHAMBER is a real thing- people give up their mothers to avoid it.

So while, as Bret says, there is some truth in what she says, her theory doesn't make sense.

Email ThisBlogThis!Share to TwitterShare to FacebookShare to Pinterest
Labels: Sadie

LOS ANGELES – A film has returned director Roman Polanski to the spotlight, though it's not one of his own making.

The much-anticipated courtroom showdown Tuesday on Polanski's effort to have a 31-year-old sex prosecution against him dismissed was sparked by an HBO documentary.

"Roman Polanski: Wanted and Desired" aired new information about actions by the now-deceased judge who presided over his case, a scenario which his lawyers say amounted to misconduct.

But the central issue in the hearing will not be the allegations of misconduct but rather the question of whether Polanski's case can be heard out of his presence.

The director has said through his lawyer that he doesn't plan to be at the hearing; in fact, he says he has no plans to ever set foot in the United States again.

If he chose to appear, he likely would be arrested on a fugitive warrant.

The district attorney's office has argued in documents that — as a fugitive from justice — Polanski is not entitled to the processes of the court unless he appears in person to request dismissal.

His lawyer, Chad Hummel, has presented several legal arguments contending that Polanski should be allowed to have his case decided in absentia.

Since filing the request in early December, Hummel has filed many motions, among them a request to have the entire Los Angeles Superior Court disqualified from hearing the case because of bias against Polanski.

Superior Court Judge Peter Espinoza, who will hear the matter, ruled that neither he nor any of the judges of his court held any bias against Polanski, a view upheld on appeal.

On Friday, Hummel filed one last motion asking to subpoena three prosecutorial officials, two of whom were involved in the original case, to testify at Tuesday's hearing.

Espinoza took the request under submission and said he would rule Tuesday, but seemed skeptical of calling two of the men who are featured in the documentary. He said their testimony would only duplicate what they said in the film.

But Deputy District Attorney Pat Dixon, who appeared at Friday's brief hearing, argued that because the director refuses to return, "Polanski can't ask this court to do anything."

Polanski, who pleaded guilty to having unlawful sexual intercourse with a 13-year-old girl, fled into exile in France in 1977.

He had spent 42 days in prison in what his lawyers believed was his full sentence under a plea bargain. But a decision by the now deceased judge to add more prison time and require his voluntary deportation prompted him to leave the country.

The documentary on the case suggests behind-the-scenes manipulations which the defense claims amounted to judicial misconduct.

Polanski, now 75, lives in France where his film career has continued to flourish. He received a directing Oscar in absentia for the 2002 movie, "The Pianist." While still working in the United States, he directed such classic films as "Chinatown" and "Rosemary's Baby."

Email ThisBlogThis!Share to TwitterShare to FacebookShare to Pinterest
Labels: Polanski 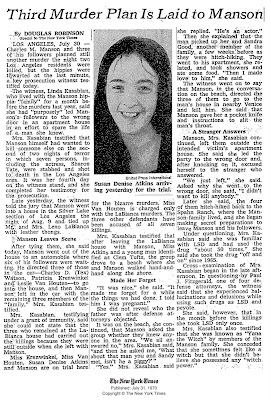