Social Networking At Its Finest.

Hey I'd like to plunge a bayonet into your mother for no fucking reason and then have you forgive me on television?

I am shocked she even has fifteen friends.

Note that daughter Rommi Soto (married) is not one of them.
Posted by ColScott at 4:23 AM 16 comments:

You know it's hard enough to find the truth out there without dilettantes, homophobes and liars forming their own school club to promote their fiction. You would think the lesson of JimNY, aka Savage, sitting in a rubber bed of his own spew would be a lesson to those who cross the Col's quest for facts. But apparently not.

Last night I was directed to the new "Helter Skelter Forum" by some of you who were alarmed at their rampant thievery from other sites. I didn't know from theft, and I am a Col not a judge, so I thought "Hey, a new site." I joined. Easy enough. (by the way guys, just so you know, the last site I joined that banned me, repeatedly mind you, was the Yahoo KTS site and it is now a pathetic, limping wad of goo. Just saying, laugh all you want, but you're next.)

So I clicked on some places and here is what I saw and posted.

First, they have the nerve to say "Give us credit" when in fact they steal from other sites without credit. That kind of set the tone. Go look at the Gary Hinman autopsy material they stole from Truth on Tate LaBianca. Cropping materials doesn't mean it is "yours". So I very nicely mentioned this in a posting, like "Hey how can you say one thing and do another." Fine.

Then I came upon this thread, where this chick Martine is offering to ask the BUG questions. Now there is only one question to ask the Bug- how can you live with yourself when you convicted people based on motives you know are lies? But no one is asking that. It's like "What KIND of Latin Music do you like BUG?" Okay I exaggerate but not much. In this thread they argue about whether the BUG beat up his mistress and stalked his milkman thinking he was the father of BUG Jr. I respond to several of the sillier comments, calling them nonsense. I am extremely polite for me, not calling them liars and stupid idiots, which of course they were.

Then the clincher- there is this huge thread where they discuss Steve Parent's homosexuality. There is this one extreme homophobe, Silver, who refuses to accept the reality that the kid was gay. It's 2010 and he is still hating on Steve, while trolling alleyways his own self, no doubt. Then there is this guy eddy, the ugly, lonely gay guy who wants everyone to know he has special information (Did you chug one off with Steve back in the day, grandpa?) about Steve. Some moron says there was no semen so Steve and Garretson never copulated (umm, swallowing?) and this goes on for pages. Some super cretin says "does it matter whether the BUG did it or Steve was?" and I point out that it matters very much why a victim was at the house and that the prosecutor is known for psycho behavior before and after the trial.

I swear I am modulated, considering what these shitbirds are doing, stealing, banning and generally making shit up.

So this morning I am banned, as if the truth can ever be banned. Since I have four other accounts, I am able to read this from the self hating gay guy eddy-

This pillock joined the forum in the early hours and spent nine posts bitching, making obnoxious comments to some of you and trying to discredit the forum in any way he knew how. Accused us of stealing from another forum (a forum several of us were banned from) and subsequently he didn't get any further. So I imagine he'll write a 'scathing' review of this forum at his blog. So if he does, you'll know why he didn't last in here.

Amazing. First I have to look up pillock. It means penis in uneducated British street slang. For a thief it isn't surprising that he is of the street. A gay guy calling other men penis? Wish fulfillment I suppose.

And because you were banned for abuse at another forum you would never steal from them? Or you blatantly steal from them in misguided revenge? Obvious to me.

So what do we know? SJ, who uses the photo of Abigail as a photo, is Jasonwarmes or something. He was Moonglow on Cat's forum until he left to start his own and steal everything from Cat without crediting. Morning Glory, the main thief of materials, was called Lady Noel before it put the lotion in the basket or else it gets the hose.

So does it matter in the end if some sad refugees from the truth started their own island of misinformation? Yes and no. If they are willing to ban and lie and steal they need to be monitored which I shall do through the other accounts including one they think is a close friend. But they disgust me even more because they refer to the Col's research throughout even reprinting whole posts but don't link back. They stole the entirety of Claire Watkins post on Granta and don't link back. Then they claim they give credit and want it in return.

eddy I am not a penis, though you can SUCK ME. You're a fraud who can't even accept who he is. But the Col knows who you all are and now, so do all true TLB scholars.
Posted by ColScott at 7:23 AM 17 comments: 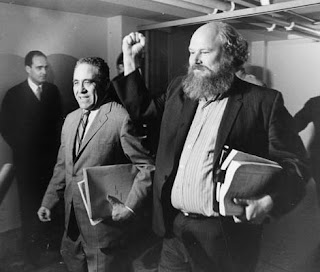 It makes me wonder what the defense attorneys were thinking. Like Fitzgerald seemed like a smart cat- he had to know that all of them were busted and you should plead. They all acted like it was theatre- all of them. And that is hard for me to fathom.
Posted by ColScott at 10:40 PM 5 comments: