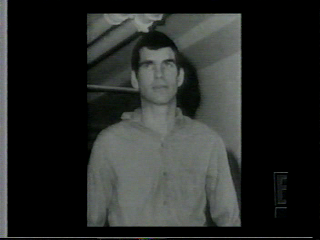 So say you want to write a book about the case. Or an article. Or how about a film?

Well, you COULD base it on one of the books about the case. The partially fictitious, fully self-serving HELTER SKELTER is pretty played out after that hideous TV remake a few years ago. Sanders' THE FAMILY, despite being a poorly organized checklist of events, might be a good idea, till you find out it is under option to Paramount Vantage (though with little likelihood that it gets made). There are other books out there too. Suppose you look around, realize that the upcoming books including Gypsy's, where she glosses over her crimes post-Charlie, and Tom O'Neill's ten year in the making book which tells us everything we already knew again are not for you, and instead decide to base your film on book XYZ by ABC.

Now remember, you don't HAVE to do this, simply because most of the material out there is in the publc domain. You could write an original screenplay. It doesn't have to be as bad and wrong as the MANSON GIRLS script hat Wyman and company were peddling (and still are apparently). Almost everything out there is open to the public- trial transcripts, newspapers, etc etc. You'd only have to worry that somebody who was never convicted of a crime who had a lot of money could come after you. And basically that's Melcher. And guess what- he's dead. After you're dead your reputation cannot be protected and you have no life rights. So I say go ahead and just write it kids. Or you could do like Wyman and get the life rights of someone like he did- Nancy Pittman. But why?

But suppose you really want to buy book XYZ? The normal way it works is that you give author ABC an "option". An option is a legal document that gives you the right to buy the book for a certain price during a set period of time for a small amount of money up front. For example, $10,000 for 18 months during which time at any point you can pay $300,000 for the film rights to the book. It is an option to DO something, in this case buy the book rights.

Well I recently learned that Xenon Films has optioned a book that they want to make into a film.

It is called "Will You Not Die For Me" by Tex Watson.

This means that this company has given money to Tex Watson. A man who gleefully stabbed an almost nine month pregnant woman to death.

I don't care whether they optioned the book for $1.00 or $10,000. They gave money to Tex Watson. They want to do his life story. Presumably how "poor" Tex was made by Charlie to commit 8 murders.

Sure they are a rinky dink company. Sure the film will likely not happen.

But there's a special place in hell for people who give money to someone like that. A hot place.
Posted by ColScott at 8:00 AM 5 comments:

Obsessed Bitch from Ronson Board

This Robin Chick seemed at one point to think she was related to the Tates.


(Thanks to the emailer who sent this)
Posted by ColScott at 5:07 PM 8 comments:

This year we'll see many fortieth anniversary stories about the murders, all of whom will have BUGliosi holding forth on his one triumph in life.

This year we'll see Tom O'Neill's new book from Penguin, wherein his years of extensive research will reveal nothing new at all.

This year we'll continue to try to explain to people that Debra Tate was disowned by her family who would be appalled to find her at every parole hearing.

This year--- what do you hope for and expect?