There seems to be, by quite a few posters who use non de plumes in the comments, a basic intrinsic misunderstanding. They seem to think I give a shit what they have to say.

The great SF author Harlan Ellison once pointed out that everyone was NOT entitled to their own opinion. This is something idiots say all the time. Harlan points out that everyone is entitled to their own INFORMED opinion. I mean, if you asked me about your gall bladder I might have an opinion but it would be fucking nuts for you to listen to it, and not right for me to voice it at all.

I have done first hand research. I have talked to main players. I have read, and vetted the main books on the case. I don't believe that I even know what I am talking about. Why in the world would I accept what somebody called Poirot would believe as truthful, or even worthy of interest?

I have blogged for many years and I was there back when Ronson and Nelson breathed.

If you want to PROVE something new, or different, then PROVE it. Otherwise stfu when you get mocked and ignored.

If you don't want to accept BASIC HUMAN TRUTHS then you don't have to post here. If you have a defensible argument that helps us understand the true motives, I love you.

But I blog NOT for any of you. I blog because I have to. I have to understand how a woman and milkman abusing fantasist got away with this. So it never happens again.

Email ThisBlogThis!Share to TwitterShare to FacebookShare to Pinterest
Labels: Motive

I posted about Brainwashing a few days ago and it brings up another point for all of you serious researchers.

It really hit home when I did that tour with the Chicago Sun-Times lady. We would stop and I would point out stuff and it was fascinating her reaction.

THIS ISN'T A FUCKING MOVIE.

If this isn't a fucking movie, how come on here and Liz and Cats I always see quotes thrown around as if they fucking are accurate to the letter? They aren't. Do you remember what you said to someone word for word even yesterday?

Some of you throw quotes up as if to say "Haha, this happened." Like there was a fucking video camera taping the events. Like what the OJ jury needed.

If you have to hang onto a 42 year old quote to prove your point please go away.

The Col often takes inspiration from the comments and there was a big debate in there recently about brainwashing... how if you look at the photos and the docs and you can see that the girls were in fact slavishly eating up Charlie's bullshit.

I could not agree less. Have any of you people done any drugs at all?

If you look at both Hendrickson documentaries what you see are people out of their heads on drugs. Weed, sure, speed likely, who the hell knows what else.

You don't see people accurately brainwashed. In fact the most drugged out people in those are the "heroes" Watkins and Posten. These were young people partying and fucking in the desert. When you get faded, or do LSD which was in heavy rotation then, the most stupid shit sounds profound. "Because the world is round it turns me on". Heavy man. "Coming down fast twenty miles above you." Oh, wow. "There is an upside down river in he desert." Shit man, let's go.

Did Charlie "lead"? No doubt, he had 15 years on most of these people. Did he brainwash? Well not like the fucking Manchurian Candidate.

There's one theory I have which I have never sewn together that involves the kids need to please Daddy. It makes a lot of sense. Leaving aside Kasabian who never makes any sense in any fucking occasion, why send the other three to Tate? Because they owe him. Tex for drug burn, Sadie for bikers trashing Saloon, Katie because she fits in no where. So Daddy is pissed at Melcher and then shouts somebody should fucking do something.

And stoned out of their boxes, they do.

I really don't see evidence of brainwashing at all in this case. I do see a shitload of drugs though.

Later on during the trial I see brainwashing. But it could all be explained by the fact that the girls are scared out of their minds and only trust Charlie, and he is having fun putting on a show. 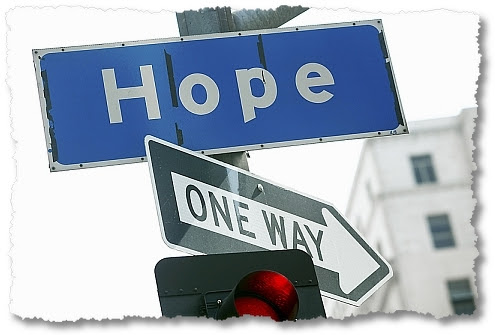 I promised in my last open message to let you know if there were any developments on the parole hearing front. There have been some developments of note, and they appear to be significant, at least potentially. While I'm loath to predict what bearing they may ultimately have on my personal circumstances (we've been tricked before!), it does appear at present that the outlook is improving.

Before going into these developments, however, I want to apologize again to Joan for sending her email out in an open message, and to those of you as well who may have been confused upon receiving it. My appreciation for the kind responses that resulted notwithstanding, I regret the error and will be redoubling my efforts to insure that the privacy of persons on my mailing list will not be compromised in the future.

Now back to the parole hearing front. Please take a few minutes to review the attached article from the San Francisco Chronicle. Recapping briefly, several decades ago a misbegotten bit of tough-on-crime legislation put the California governor's office in the thankless position of having to approve each and every parole date granted to an inmate with any version of a life sentence. Needless to say, this made the parole hearing process extremely political, with the result that relatively very few prisoners with "life top" sentences have been paroled in the intervening 27 years, even in cases when the parole board had found the inmate suitable for parole.

As the article states, Gov. Jerry Brown has decided to use the governor's parole-veto option in a manner that is more in keeping with the original legislation - in only rare cases, in other words, when a genuine threat to public safety appears to be evident. Brown's track record to date bears this out. We can only surmise how much the $26 billion state budget shortfall and a federal court order to reduce the state's prison population by 40,000 inmates have influenced the stance he has taken on this issue. Not that this matters. Grace and blessings use what instruments are available.

To boot, the portion of the 2008 legislation that retroactively mandated triple the length of parole denial periods (from 1-to-5 years to 3-to-15 years) has been overturned by the California Court of Appeals. State prosecutors have appealed this decision, of course. Given the strong and persuasive language the court used in its decision to vacate the retroactive portion of the new law it seems unlikely that the state's appeal is anything but a strategy to buy some time.

Assuming that the court's ruling is affirmed by the California Supreme Court, the 5-year denial that resulted in my parole hearing last December will be modified. It seems I will soon need to begin preparing for a parole hearing likely to be scheduled to take place late next year.

The complexion of my situation appears to be changing. I attribute this to the collective power of your supportive intentions and actions on my behalf, for which I remain immensely grateful.

Peace to you all.

There are a lot of crazies out there in the TLB world. I don't mean blinded dickheads like Mark Turner. I mean actual crazies like JimNY Savage.

One of them was this bitch named WHEAT who used to post on a long defunct, retarded TLB board that I can barely remember. Not the Ronson one but one supposedly involving Sadie's former lawyer. She is batty, delusional, talks to wallpaper and doesn't know shit from shinola.

About once a year she shows up to say something retarded to me then goes away. I ignore her.

Yesterday she surfaced. She wrote "Tex is talking. LaBianca was a drug burn. Rosemary had the MDA in her dressing gown."

Hinman, MDA, alleged drug burn, person tortured and killed. Do you torture someone because he would give you some money you imagine exists? Or do you torture them because they stole from you, or you think they did at least?

Tate House- Frykowski, MDA, people killed and slaughtered, "Go to the Melcher House and Kill everyone", if not Frykowski, why not Melcher or one of the Golden Penetrators?

LaBianca House- don't know for sure about anything, but if the wife left a $2million dollar estate? Sources tell me this is wrong. But after tying them up the message was "you know what to do, don't be as messy." Which could mean "get the fucking drugs back bitches."

The police initially thought it was drugs. Drugs are EVERYWHERE in the story.

And yet people insist it isn't drugs?