I am sure that Scott Kosar is crying somewhere, wondering why his shit ass movie about the Family is not getting made.

Check out this actual interview with Snake.

If someone told this story correctly it would be the most brilliant film of the year.

Susana Lo says she is shooting in 2 weeks.

Email ThisBlogThis!Share to TwitterShare to FacebookShare to Pinterest
Labels: Snake 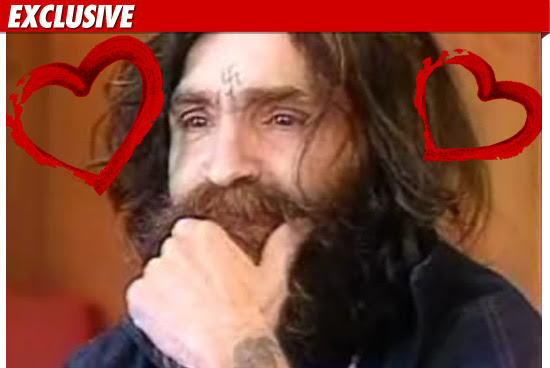 Officials wouldn't reveal the woman's name -- but we're guessing she probably wasn't Jewish ...
Posted by ColScott at 8:59 AM 4 comments:

The Manson Girls By Lo...a review Part the First 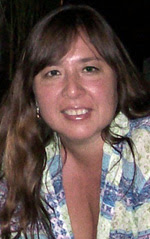 It took me a minute to get a copy of this script, since most people don't believe the film will even happen. The COL wanted to review it for you, so you can see a trend here of people not respecting the material enough, leading to a shitty script that never gets made for obvious reasons. But good God, mother in heaven, Holy Jesus Christ on a Fucking Rubber crutch who knew it was going to be this bad? I only read 20 pages and I need to rinse my eyes out with Bleach to eradicate some of what I read.

The first 20 pages evince a shitty structure. A complete lack of care (Roman's last name spelled as "Polansky", "it's" instead of "its", basic stuff). No visual flare whatsoever.

But forget all of that. The script MAKES STUFF up for no reason. Why in the name of hell, when you have enough material here that would work for a 5 year tv series, when you have to cut interesting stuff out, why the fuck MAKE STUFF UP? It is mind boggling. I don't mean making up a useless, pointless framing device. I am fine with that. I mean making up the back stories for the girls, all very well established by history. I mean even making up a major character. The Brad Wyman script was poorly written and dumb, and made Nancy Pitman out to be a hero. The Kosar script put bricks to sleep just by showing them a page. But this is actually OFFENSIVELY BAD.

We start out with the framing device, wherein Alice, a CNN reporter, wonders if Squeaky, now out of prison, is hanging with Sandy who she calls "Blue". She discusses this with a man named Cooper. Susanna Lo the author is a Lesbian, which is great, but the man hating kind, which is not so great. Cooper is described as a "mid-life-crisis man" whatever that means, a description she uses to describe other men in the film. This is an indication both of her lack of writing skills and her obsession with not liking men. Alice and Coop are Manson experts. Why? We don't know. They don't mention the only Official Blog. They do agree that the BUG is a lying filthy whore, and then chuckle knowingly. But then they decide they are going to do something no one has ever done- find SUMMER SUNSHINE, a socialite who hung with the Family then disappeared.

This is only 4 pages and already I don't care. Who are Alice and Cooper? They are obsessed with Manson, but why do I care? I have no emotional interest in them at all- they are robots. And they want to find a character that Lo made up out of her ass? Good for them. No wait, bad for them.

Now we get something so incredible I shake my head writing it. PAGES of quick vignettes introducing the girls. Really quick, really bad, like something out of the Super Friends but instead of cards reading "Aquaman" and "The Flash" we get "Lynette Squeaky Fromme" and "Linda Yana The Witch Kasabian."

The back story of each girl is interesting, in reality, as footnotes. Lo doesn't have to alter them for dramatic tension. What she does instead is alter them so they BEAR NO REALITY TO WHAT HAPPENED OR TO ACTUAL HUMAN EXPERIENCE. I really think this girl spends a lot of time living delusions.

-We start innocently enough as Papa Good picks up his three girls and the youngest stares at his new Cadillac. Don't know if this ever happened but we do get to meet Sandy.

- Next we are at a Catholic Church and we meet Mary, asleep during Mass (was she even a Catholic?) This scene could be true, but shows NOTHING about the character except that she sleeps and gets tired.

- Linda doesn't like Mom's new boyfriend, so she storms out in the street. Poor writing makes this hard to follow, but the scene adds nothing anyway.

- Squeaky smokes a joint in front of her father, who reams her for "only" getting an A- on a math test. She then puts the joint out on her arm while he watches. She then in private fires a staple gun into her arm. Twice. Maybe this stuff happened to Lo as a child. It didn't happen to Fromme.

- Leslie learns that her parents are getting divorced, eats a sandwich angrily, then goes to see her boyfriend who throws money at her for an abortion and drives away. Ummm, no, the mother MADE her have the abortion, fools.

- Gypsy goes to the Hollywood Mortuary (really?) for her mother's funeral then plays angry violin tunes at her blind dad. Okay....

-Katie allows some boy to fuck her under the bleachers, then cries because she is ugly and then chews on a crucifix (was she Catholic? I am asking because I don't know and don't care but there is a lot of references in this script to Catholic shit).

- This one takes the cake! Mr. Atkins fights with Mrs. Atkins and KILLS her. Yes KILLS HER. He did it, not cancer. And apparently he was very fat (no he wasn't). While he does this Sadie's brother Michael and three close friends all fuck young Sadie who doesn't care.

- Summer Sunshine, some rich bitch, walks on the Berkeley Campus with a BLACK MAN (omg!)

Summer meets Mary at the Library (she seems to be HEAD LIBRARIAN now, holy shit) Mary introduces Squeaky, who now in her second scene is still smoking a joint.

We see Sadie at the Kit Kat Club. The stage is "sticky with a lot of pussy." Yes she wrote that. Sadie onstage shoots up heroin. She convulses with an overdose. Sigh.

Sadie recovers in the hospital. Doesn't know what VD is.

Page 20 is really annoying because it shows the author doesn't even care about how her characters relate. Squeaky never called herself that. Mary never said "Hi I'm Mother Mary". People did call them that. But they never went around introducing themselves that way.

1/5th of the movie is over. There's no lead and no one I give a shit about. By now the first act should be over and it should be clear what the goal of the protagonist is.

I'll finish the review, but this thing is a mess. Full of Fabicated Garbage.