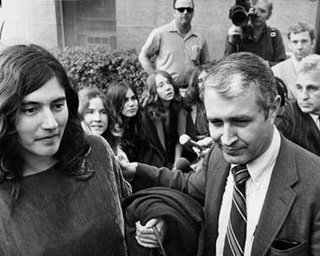 Catherine Share will tell you why she stayed so many years with Charlie.

We wonder if the lying bitch will

I'll be watching and blogging. But remember- Mark Turner worked on the show so how good can it be?
Posted by ColScott at 2:04 PM 14 comments: 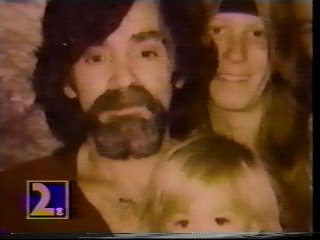 No word yet on whether Bill Nelson's ghost proofread it.

No word yet on whether he mentions his young children that he left at the ranch to be sexually abused by Clem and others.

But I bet you dollars to donuts he talks about Jesus and asks for your money.

The Col is gonna send his $10 in and then summarize it here, so you don't have to waste your money.

Charlie's Kids, where are they now----la la la la

Or Just Play it and enjoy.

25 Years of Endless Fears But Still No Truth

What the Col Says About Bruce Davis

I say what I always said- Guy needs to rot a few more years, grow a sac, stop blaming Charlie and be sorry for what he did. He didn't do shit really for Hinman so that is a raw deal. But he killed Shorty. He's suspected in a dozen other murders. I don't know if ANY of them are real. BUT he did GET OFF on being Charlie's main henchman. Go back to youtube and watch his surrender. He doesn't give a shit about anyone or anything. Guy can walk free in my book the day he owns up to his actions and not one second before. This Jesus site is just a strike against him too IMO. Be a Man Bruce. Dang.
NOW--- 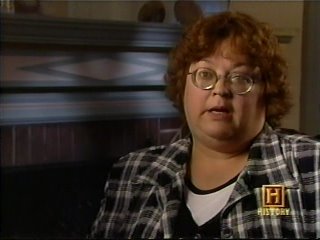 What the fuck is that tub of goo Hoyt doing at the hearing? As much as Davis should rot, he should rot for what he did. He didn't do anything to her fat ass- he probably didn't even tap it. It was established during the Nellie days that her version of the Shorty killing was BULLSHIT. She heard nothing and came forward a few years ago for attention and a book deal. She was the moron known as DESERT SPEAKS who illegally worked with Nellie on a paid field trip to Death Valley. So why in the hell is this childish, huge, idiotic woman testifying at his hearing? I might as well show up and say he killed that Scientology chick because an android told me so in a dream. Sick of these people.
Posted by ColScott at 4:28 PM 17 comments:

What the Press Says about Davis 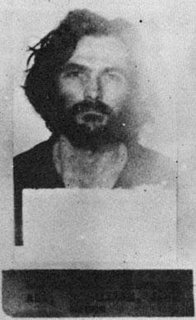 The state parole board decided Bruce Davis should remain behind bars, according to Sandi Gibbons of the Los Angeles County District Attorney's Office. He was denied parole for the next year.

Davis, now 63, was convicted along with others in the stabbing death of musician Gary Hinman in his Topanga Canyon home, and the slaying of Donald "Shorty" Shea.

Shea's remains were later found buried near the Spahn movie ranch in Chatsworth, where Manson and his gang lived.

Davis, who has now been denied parole 24 times, was not involved with Manson and some of his other followers in the 1969 murders of pregnant actress Sharon Tate, grocery store chain owner Leno LaBianca and his wife, Rosemary, and four other people.

Manson and most of his co-defendants have repeatedly been denied parole.

SACRAMENTO - A state prison board denied parole Monday for a follower of cult leader Charles Manson who was convicted in two 1969 slayings.

The unanimous decision by the California Board of Prison Terms was the 24th time parole had been denied for Bruce Davis, who is serving two life terms.

Davis' supporters told the board he was a reformed man who deserved to be freed. Now 63, he earned a doctorate in theology and became a prison minister. He even married in prison and fathered a daughter who turns 13 next week, friends told the parole board.

"He's a changed man, and he deserves an opportunity," said Jeffrey York, who ministers to inmates and has visited Davis in prison for 16 years.

Others said Davis should be paroled because questions surround how deeply he was involved in the murders for which he was convicted.

"He didn't kill anybody," Donald Miller, a paralegal who has known Davis for 15 years, told the board. "Bruce said, 'No.' ... He later did stab a victim superficially - not deep enough to draw blood."

Prosecutors and family members of the Manson Family's victims said there was no question about Davis' guilt and argued he should remain imprisoned.

They recounted in graphic detail his role in the murders of musician Gary Hinman in his Topanga Canyon home and the later slaying of former stuntman Donald "Shorty" Shea. The stuntman lived at the Spahn movie ranch in Chatsworth where Manson had his commune.

Manson Family member Barbara Hoyt, sometimes in tears, recalled how she awoke to Shea's "loud, bloodcurdling scream" as he was killed.

"It was not a gentle murder," Hoyt told the prison board. "There were chop marks and hash marks in his bones."

She testified against Davis and other Manson followers during their trials and was not charged in the Manson Family deaths.

Los Angeles County prosecutor Patrick Sequeira told the board that Davis held a gun to Hinman's head as Manson nearly cut off the musician's ear with a sword. Others later stabbed Hinman to death, but Davis was not present.

Davis was not involved in the cult's most famous slayings on consecutive days in August 1969. Yet he was "one tentacle of a unified monster," testified Sharon Tate's sister, Debra Tate, who lives in the Los Angeles area and is the last surviving member of her immediate family.

On Aug. 9, actress Sharon Tate, the wife of director Roman Polanski who was 8 1/2 months pregnant, was killed along with four others at her Hollywood Hills estate. The next night, grocery store chain owner Leno LaBianca and his wife, Rosemary, were killed in their Los Feliz home.

Davis' wife, Beth, said outside the hearing that while her husband was involved in the slayings, he now views Manson as "a very sick and evil person."

Manson and others convicted in the Tate-La Bianca killings have routinely been denied parole. But a Manson follower convicted with Davis in Shea's murder, Steve Grogan, was paroled after leading police to the victim's body.

Davis, imprisoned at California Men's Colony in San Luis Obispo, did not attend Monday's hearing. He will be eligible for parole again next year.

Leslie's Lawyer says She got a raw deal for killing some people. The girls go egghead and march. Then Charlie Marches/ Bobby takes a bus ride and never comes back. Bobby looks badass and gets on another bus.


More from that tape that Nellie got out of Channel Two when he helped them find Pooh Bear and shit.

We start with Atkins and her breasts, then Charlie talks about the desert, Squeaky talks about Melcher and the Family Jam, then babies and horses.
Posted by ColScott at 3:31 PM 21 comments:

You Can Go Wrong If You GORIGHTLY 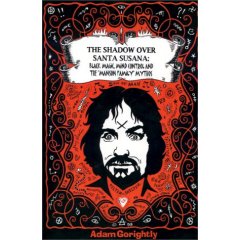 There is no original research in the book. It is kind of "Adam retells you everything you already know, his way."

It doesn't have a real publisher. I think it is a print on demand book. The Col is mentioned in the last chapter, from my antics on Go's old message board.

Here's the problem- if we are trying to find the truth about TLB, then we don't need NEW lies.

The BUG story is provable bullshit. We know that.

But that doesn't mean that Manson was a CIA drug/mind control experiment. It is retarded to think that and annoying for true scholars to hear this shit repeated.

GoGo is as full of shit in his own way as BUG. That is why I stood up to him all those years ago.

What a loser book... four years later he finally does an interview.

Here is Go Go spreading the cheese.
Posted by ColScott at 11:33 AM 6 comments:

Bret is the Best 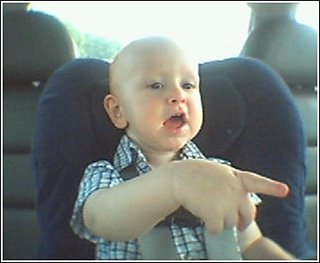 I am sorry that I think Mark Turner is a bad guy. But I do. And there isn't much to say.

I just wanted to make sure all of you know that this guy Bret has now established that his site is better than CharlieManson.com. He has reorganized it and provided amazing shit. And he has done all of this without really establishing what his pointg of view is. So thusly, his site becomes incredibly valuable for research. And unlike Nelson, it is free. No child molestation either.

But don't take my word for it - click now.

There aren't a lot of good sites out there. With one fell swoop of a redesign, this becomes the king.