Maybe Yana told them the Facts?

The opinion of the court was delivered by: Paul Barbadoro, Chief Judge.

Tonya Christian filed this civil action seeking compensatory damages from Barricade Books, Inc. for defamation and invasion of privacy. Barricade moves to dismiss for lack of personal jurisdiction. (Doc. No. 12). For the reasons set forth below, I grant Barricade's motion.

Barricade, a New York corporation, conducts its book publishing business principally from offices located in New Jersey. The company has no New Hampshire offices. It does not have any employees or agents who work in the state. Nor does it target New Hampshire in its marketing efforts.

Christian, is a 35 year-old resident of Rochester, New Hampshire. She is the daughter of Linda Kasabian, a one-time follower of Charles Manson who, along other members of Manson's "family," murdered the actress Sharon Tate.

In 1999, Barricade entered into an agreement with Greg King to publish his book, Sharon Tate & the Manson Murders. The book is a biography of Tate which purports to describe the "[s]trange connections between Sharon Tate, the Hollywood elite and Charles Manson's so-called `family'. . . ." Def.'s Mot. to Dismiss. King makes the following statement about Christian in the book's epilogue:

On October 24, 1996, members of the Tacoma, Washington Police Department served a search warrant on the apartment owned by Kasabian's daughter Tanya [sic], known to authorities as "Lady Dangerous." Kasabian, as well as Tonya's two young children, were present when the police arrived. Their report stated: "In the master bedroom (defendant's bedroom) officers located a small baggie containing suspected rock cocaine and a large bundle of cash in a dresser drawer. On top of the dresser was a bunch of baggies. Also in the room officers located a .45 caliber semi-automatic handgun, ammunition, electronic scales, a plate with cocaine residue, and another bundle of cash . . . Tanya [sic], found guilty of possession of controlled substances, was sentenced to a year in state prison.

Christian charges that this statement mistakenly confuses her with her sister, Quanu and is defamatory because she has never been convicted of possession of a controlled substance.

On the Other Hand, Wrong Publicity is still Publicity 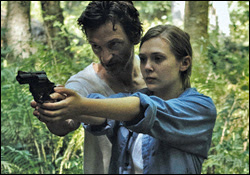 There is a well acted indie film out there called MARTHA MARCY MAY MARLENE. The lead girl is an Olsen twin little sister and she does a great job as a damaged girl escaping from a cult in upstate New York. She also has a great rack. John Hawkes plays the cult leader and does an award worthy job. The movie itself doesn't add up to a lot but the two performances are exceptional.

A few reviews compared the cult leader to Jim Jones. Having now seen the film, the Col sighs and realizes that TLB is now less than a footnote to the public. Why?

- Hawkes seduces each girl and then sleeps with her, making it seem like a religious rite
- Each girl then helps the next girl get ready to be screwed.
- There is a cute young boy there to recruit girls for the cult.
- Hawkes hands a gun to one accolyte and says "Go ahead and kill me."
- The cult creepy crawls houses. Like for real.
- There is a great sequence as they jump off rocks into a swimming area that is filmed like in Hendrickson.
- While creepy crawling someone is killed.
- Hawkes using charisma to control Olsen and make her get over the killing. "For me."
- Hawkes has a long discussion with Olsen about "fear" and how it is a pure emotion and makes one aware. Fear brings you to NOW.

Anyway.... the film is clearly modeled on the Family, not Jonestown. I wonder why I think I am the first to point this out?

Check it out and let me know your thoughts.
Posted by ColScott at 10:32 AM 8 comments: 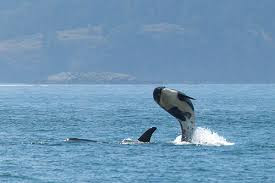 There seems to have been an explosion in the comments section of the previous post. A crazed cat lady that goes by the handle Vera Dreiser started attacking her betters by defending Orca Tate and thinking she could ever run logic rings around me, the Col. Then another fidjit named katie also starting defending Debra. Both mentally impaired posters then convinced themselves that they had "won" the argument. They did not. But in so doing they so confused everything that I feel the need to clarify the facts even though NONE OF THIS IS NEW.

1- Debra Tate was disowned by her family a long long time ago. I do NOT know why. I hear reports that Doris would chase her as a young girl around with Holy Water. Not sure which one of them is crazier in that case. She has NO relationship with any of the survivors of the Tate family. She was specifically and clearly disinherited from all wills that were ever drawn up. Again, I do NOT know why. I heard stories and have seen pictures of her at 16 nude with Pic Dawson at Cielo. There's a good reason. Trying to trade on her dead sister's name and posing for Oui, there's a good reason. I can offer a dozen more reasons. I don't know why she was disinherited but she was. Completely.
2- In retaliation for this Orca keeps the ashes of Col Tate someplace other than in the grave next to Doris where he wanted to be. This happened because Col Tate did not fill out a living health trust leaving the ashes to a more responsible party.
3- When Sharon died any publicity rights (which didn't come into being for another decade or so in California, but fine) went to Doris. When Doris died they went to Paul. When Paul died they went to a trust for Patti's kids and for Debra's poor child. Debra Tate does NOT own any rights to Sharon Tate's likeness, name or pictures.
4- Despite the 100% accuracy of #3 above, Debra Tate frequently goes around legally threatening people for using Sharon's name and likeness. This despite the fact that that she OWNS NOTHING.
5- Debra defended Polanski in his lawsuit against Vanity Fair. Fair enough, I think he was right. But in so doing she claimed that he treated Sharon very well and that she was not about to leave him. This is a false statement. Does she lie or again was she not involved in the Tate family even then?
6- Debra never had a moment alone with Charles Manson. She was not called by the police when Sharon was found. No part of her story of involvement is true.
7- Despite a false reading of the rules by Dreiser, you are not allowed to have unlimited people speak for the victims. This would become a free for all. Each family files a legal designated form with the Board. As the direct heir, Paul filed a form designating who is legally allowed to speak at the hearing. It is not his disowned daughter Orca. Now no one has ever enforced this designation. My post was only about hoping that someone would at the next hearing.

Personally I don't like Orca Tate. She is a liar, a bully and a fraud and not a very nice person. It does not sound, from stories I have heard, that she became that way because of her sister's killing. It sounds like she was always that way.

But I will not bow to the lunacy of cat ladies like Dreiser or mental midgets like katie. They are welcome to like Orca or NOT like Orca. They can comment or not comment. Personally they mean nothing to me. It is when they MAKE THINGS UP that they become a plague upon us all.
Posted by ColScott at 10:58 PM 31 comments:

Here's an interesting fact one of the Debra worshippers can bring up next time they want to get their tongues up her voluminous buttcrack.

Debra Tate is not the designated victim's spokesperson for the Tate Family at Parole Hearings.

That's right. Not just anyone who says they are related to Sharon gets to show up and whine at Tex and Katie. Otherwise Rosie could bang on for an hour. The next of kin has to designate if they themselves are not coming who they want to speak there.

Up to this point, and after several grueling hours of Sea World training, Patrick Sequiera has become use to Orca. She says the right things and she claps for the tiny fish treats he gives her. Hell, he even let her speak at the Leslie hearing, although Leslie never even met old Sharon.

But while disinheriting Debra, Col. Tate, with one of his final breaths, made sure to stipulate who spoke at hearings for Sharon. And it was not his Oui photographed, mailman daughter.

The correct person has always chosen to let Orca have her say, although they have attended recent hearings themselves.

The Col hopes November 16th when Tex gets denied the CORRECT person speaks, and Orca gets sent back to the holding pen. Just maybe....
Posted by ColScott at 4:27 PM 96 comments:


With news that Scott Kosar finally dropped the option to the Family and the reality that not a single film that has been announced has started filming as of today, October 1, people always ask me the question "Why can no one make a good film out of what really happened?"

I don't know. I care about motive not films. But if you are sincerely asking my ass why no movies that are any good are getting made, I can offer a thought- is it possible that the BUG did such a good job with his fantasy version of what happened that it has in fact become the reality to people? Do people now think that Charles Manson had magic powers and made people kill strangers so that blacks would kill whites? Maybe.

The other possibility is that maybe the general public doesn't give a shit about this anymore. That I fear is really the case. They would rather buy Latin Love songs cds from the Bug that get to the bottom of the killings.
Posted by ColScott at 4:21 PM 9 comments: