My Favorite Scene in the Book

The Sharon Tate Family’s Account of Stardom, the Manson Murders, and a Crusade for Justice

by Alisa Statman and Brie Tate

They were among the most shocking murders of the 20th century.

In 1969, seven members of the Manson “family” brutally murdered six people in a two-day killing spree, among them one of the most famous actresses of her day, Sharon Tate.

Yet the shocking postscript of the story has gone largely unreported.

According to a new book written by a surviving members of the Tate family, Charles “Tex” Watson, one of the main perpetrators of the Manson family crimes, has bizarrely befriended the daughter of one of his victims, Rosemary LaBianca, whom he helped stab a total of 41 times.

Suzan LaBerge, Rosemary’s daughter, has been one of Watson’s closest friends behind bars after allegedly bonding over their shared beliefs as born-again Christians. She visits, writes and has even advocated for his release.

More than 30 years after the murder, Sharon’s mother, Doris, father, P.J., and sister, Patti, have all died of natural causes — leaving Patti’s daughter, Brie, and partner, Alisa Statman, to put together the pieces of the complicated story.

On August 1969, four members of the cult were directed by Charles Manson to kill everyone at the home of “Valley of the Dolls” actress Tate and director Roman Polanski (who was away filming during the murder).

Three guests and the 8-months-pregnant actress were brutally murdered.

The next night, the Manson family entered the home of supermarket mogul Leno LaBianca (LaBerge’s stepfather) and his wife, Rosemary. Watson stabbed Leno through the throat and carved “War” in his stomach.

After LaBerge, then 21, arrived on the scene with her brother, she reportedly suffered a nervous breakdown.

Watson’s death sentence was reduced to life in prison after the death penalty was repealed in California. He was allowed conjugal visits, married and fathered four children (until conjugal visits were banned in 1996 for those serving life).

But none of this stopped LaBerge from writing to Watson, after she discovered that he had, like she had, “found God.” She reached out to Watson through his mail-order ministry, called Abounding Love Ministries.

She wrote to Watson for a year anonymously, until 1987, when she visited the killer — and told him that she was Rosemary LaBianca’s daughter. They continued speaking for three more hours, and she followed up with several more visits and regular correspondence.

Patti Tate had no inkling of this when, in 1990, she met LaBerge at her daughter’s middle school, where LaBerge had coincidentally (or not) sent her own daughter.

They began to chat and Patti revealed the name of her sister, Sharon.

Suzan’s eyes grew wide; “You’re never going to guess who I am. Rosemary LaBianca is my mother!” LaBerge said.

Patti was taken by the coincidence and felt comfortable with another victim. So she let her daughter stay the day at LaBerge’s house, which was just two miles from her own.

Meanwhile, Suzan shared the news with Watson’s wife, who relayed the message to him in prison. He thought this was the key to getting his parole date set.

“Suzan LaBerge, née LaBianca, is my ace in the hole,” Watson boasted to another inmate. “The Tate kid is playing in Suzan’s yard as we speak.”

Patti learned about the connection only a few hours later — and ran to LaBerge’s house to collect her daughter.

“It was just horrifying. Possibly the most horrifying experience of her life,” Statman told The Post.

Later that year, LaBerge did testify on Watson’s behalf, but the Tate family was also there to speak out against parole.

LaBerge went on about Watson’s “loving side” as Doris, Sharon’s mother, looked on in disgust. LaBerge proved not to be an ace — his parole was denied (and continued to be a total of 14 times).

“Watson watched like a proud parent at LaBerge as she read her pages,” Doris wrote in her journal at the time. “I couldn’t put my finger on it, but there was more going on than mere forgiveness.”

And according to Statman, “no one believes” the story of the prison meeting, especially when they likely knew each other long before. That maybe the “random” targeting of the LaBianca house wasn’t so random.

Suzan and Tex lived an estimated 200 feet apart in nearby apartments in Los Angeles for six months prior to Watson’s move into Manson’s home base, Spahn Ranch. Suzan’s then-boyfriend was a member of the motorcycle gang Straight Satans that often frequented Spahn Ranch.

“There’s lot of speculation that they knew each other. And take that where you will — you can only imagine what that might mean,” Statman said.

Read more: http://www.nypost.com/p/news/opinion/books/flirt_with_danger_5wXmmgPPNIHGheea5xySaL#ixzz1nTdxVU8v
Posted by ColScott at 1:06 AM 36 comments: 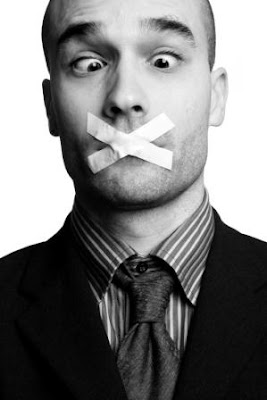 I am frequently told by fans (ewww) of Debra that I am lying about her stealing her father's ashes and mixing them with sour cream.

I just finished my latest read of the Statman book, the final draft.

You're welcome.
----->
The book is riveting and informative, the best book on the subject in over a decade.

Since I, The Col, The proprietor of the ONLY Official Blog on the case, have frequently crossed paths with Greg King, a self righteous phony who studied under convicted pedophile Bill Nelson on THIS message board, let's quote what the Tate Family thought about his biography of SHaron--

E TV is researching their infamous special THE LAST DAYS OF SHARON TATE. A breast cancer diagnosis has made Patti cancel her interview.

"Perhaps if I'd been honest with the show's producers they would have been more sympathetic with my family. As it was they interviewed biographer Greg King, who unfairly portrayed my father as a frostbitten tyrant and Mom as a starstruck, meddling, conniving stage mother, pushing Sharon into the limelight.....Had I done the show no one would have heard Greg King's interpretation of my family. I could have balanced fact and fiction." Patti Tate

Greg likes to play aw shucks around here but for years now has called THE COL out on whether Deb Tate was disowned by her family, telling the Col he was wrong.

"There is my Aunt Debra. Although she is my mothers sister, she is a far-removed Aunt. Never close with Mama, always at battle with her, I knew Debra less than I knew Aunt Sharon. ...What little I Knew about her firsthand was that she had taken my grandfather's ashes and to date had not given him a proper burial." Brie Tate, Sharon's niece/ blood relative

Orca Not All in the Family

I'm grouchy. I read the comments and readers who are loving the Statman book are going "Gee Whillikers a whole book about the Tate Family and Orca is only mentioned three or four times what is that about?"
Is this the first post of mine you ever read? I've been here for fucking years already. DEBRA TATE WAS DISOWNED BY HER FAMILY TILL THE VERY END.

She is not included in the wills. She was not left the family house (that was actually Statman). She was disowned and disinherited. This is a fact people. This isn't a mystery.

WHY she was treated thus is not certain. Speculation wonders if it was her relationship with her sister's suspected killer Pic Dawson. Her full nude OUI magazine photo shoot. Her need for attention. I don't know.

Like the ADD brat she is, when an incorrectly filled out document led to PJ Tate's ashes being delivered to her, Debra refused to allow the family to bury them according to his wishes. She still has the urn, and God knows what she says to it.

Her nieces and nephews don't know her. Statman has no relationship with her. And so why WOULD she be in the book?
Posted by ColScott at 8:10 PM 7 comments:

The Col is off reading this book, which he read in manuscript form several times two years ago. The Col definitely wondered if the book would ever see the light of day.

I will be sharing my thoughts and ideas about it over the next few days. Suffice to say, it is a riveting account of a story you thought you knew, seen through different eyes.

If you are debating, buy the book for the photos alone. Most of them I have never seen. Many of them will break your goddamn heart.
Posted by ColScott at 8:43 PM 7 comments:

I Got To Read This Two Years or More Ago

The book was brilliant then and I suspect will be brilliant now.

Next week we can all discuss it.

And We Are Back 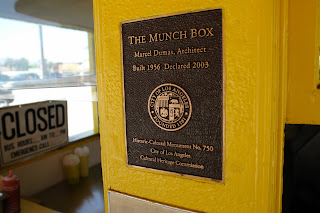 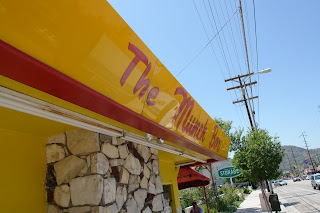 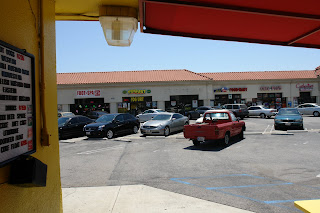