More on the Manson Doc 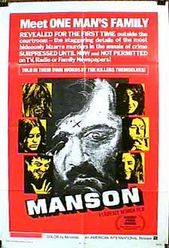 So- what has Hendrickson been doing rather than releasing MANSON 2 for 6 years? Setting legal history in two historic cases- both of which he lost and lost badly.
__________
...cases have considered the safe harbor provisions. In the case of Hendrickson v. Amazon.com (2003), the court held that a take down notice sent by a copyright holder did not remain in effect for an unlimited period of time. The notice was only effective for the item described in the letter. The information requirements which must be set forth in any letter or take down notice are very specific, and if certain information is left out, an ISP can argue that the letter did not give actual knowledge of the infringement. In the Amazon case, Hendrickson brought suit because he owned the copyright in a DVD movie, not yet released, which was for sale on Amazon's website. In this case, the court ended up finding in favor of Amazon because Hendrickson's notice was insufficient. Of special importance to the court was that Amazon had no control over third party sellers (Barker, 2005). ___________________

Court grants defendants' motion for summary judgment, and dismisses claims brought by plaintiff, the owner of a copyright in the documentary "Manson", against defendant eBay arising out of the use by unaffiliated third parties of the eBay auction site to sell unauthorized copies of the Manson documentary. The Court held that plaintiff's claims for contributory and vicarious copyright infringement were barred by operation of Section 512(c) of the Digital Millennium Copyright Act. The DMCA offers service providers such as eBay protection from copyright infringement claims arising out of the storage of material on their web site provided, inter alia, (i) they do not have actual knowledge of the infringing activity or promptly upon gaining such knowledge move to prevent the use of their service to further it, (ii) do not receive a financial benefit directly attributable to infringing activity they have the ability to control, and (iii) expeditiously remove material from their service on receipt of an appropriate notice. The court held that eBay was entitled to protection under this section because (i) it did not have actual notice of the infringing activity, (ii) could not control it as the transactions were consummated off-line without eBay's involvement, and (iii) eBay had not received the requisite notice of infringing activity because, inter alia, the infringing articles were not appropriately specified in the notice sent by plaintiff. Plaintiff's claims for trademark infringement were mooted, held the Court, because of eBay's status as an innocent infringer, and its removal from its site of those advertisements plaintiff identified as improperly offering infringing copies of his movie for sale.
Posted by ColScott at 3:51 PM

If you study the case you will realize that the courts concluded that amazon and ebay were not considered SELLERS of the dvds. The third parties were so ebay and amazon were not liable.

There therefore could not be a partial victory, unless stopping the bootleggers from having a way to sell is to be considered a victory.

I bought many of those bootlegs because they were professionally done and decent quality. The Col likes to have access to primary materials.

Instead of wasting YEARS chasing spirits Hendrickson should have just issued the dvd himself officially with the extra material, if it really exists. He would have made a fortune and made the bootlegs (that were acceptable and sold for $25) irrelevant.

Hendrickson trying to stop bootleg copies is like three cents trying to defeat COL lol ,bootlegs are here to stay in every form.

Nocents
If I am a moron why are you here?
Move along, little monkey.