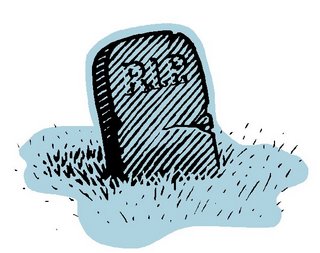 Karen McCoy Montecillo was a member of the original, now legendary, Clark Ronson Tate LaBianca Message Board. She lived in Hemet California. She was wicked smart. She was a schoolteacher who loved her son and supported the school band. She took them on tours.

Karen was a friend of Steven Parent before he was murdered by Tex Watson, Susan Atkins, Patricia Krenwinkel and Linda Kasabian. She remained a friend of the Parent family for her whole life.

Karen started out in the internet ether world actually as a friend of the child molesting, stalking Bill Nelson. She was deluded into thinking he was in it for anything except himself. She quickly caught on. Later, when Steven's sister Janet started to come to the Nelson side, she helped prevent her exploitation by Nellie. Karen missed Steven even later in life. You could say she loved that boy.

The Col and Karen mixed it up quite a bit on Ronson's site. You see, she wanted us to believe that Steven was not just her friend, but her boyfriend. Which is fine, except Steven was definitely gay. We eventually had a $500 bet. Turns out she WAS his friend, but not his girlfriend so the Col paid $250 to her son's band trip. I can't tell you much else.

About two years ago a very grumpy Karen appeared on KTS and attacked the Col because she felt that revealing Steven's interest in men was speaking ill of the dead. She showed up at one of the Sadie hearings- she was a BIG lady. I am not sure what she died of, but she could not have been healthy at that size.

I sort of recall her talking about her husband, but he's not mentioned in the obituary, so either I am wrong, or he died first, or who knows. She collaborated with a guy named Bob on putting a memorial up for Steven on the web.

Some of her positions were confused to say the very least. Here's one that shows her feisty attitude and somewhat odd ideas about who to support. In any case, she wanted justice for her dead friend, doing her part to keep Sadie, Tex et al behind bars. She is dead now, like we all will be one day, never having found the true reasons for the death of her pal Steven. May we in her memory someday find that truth.

Mrs. Montecillo, who was born in El Monte, lived in Hemet 14 years. She was employed by Hemet Unified School District as a teacher's aide at Fruitvale Elementary School and then Santa Fe Middle School. She is survived by her son, Salvador; and mother, Wilma McCoy, both of Hemet.
Posted by ColScott at 3:06 PM

55 years old is so young! :(
I never knew her but she sounds like she was a great person. Any school teacher deserves GREAT admiration! I KNOW!

It is so sad she lost her pal Steven
by a lunitic like Watson, I think Steven was just in the wrong place at the wrong time.

Thanks Col. for the obit and the links. I had never seen the page dedicated to Steve Parent. How sad and what a waste

salem is right 55 is too young to die.I hope she had a good life even though Steven Parent was lost to her.

Very sad. I was meaning to get in contact with her, but never found the time. We had many phone conversations. I liked her, she had a very good heart, and she was a smart lady.

Karen McCoy ran a very nice web site for Steven Parent. What a nice person to care about the victim that nobody else did. Because he was not rich and beautiful he seemed to tak a back seat to the other victims. Sorry to hear of her death :(
cb

Thanks Col- interesting read! I love the dead- you could say I'm a head!

Well hi Paige! yep, you ARE a head! Head case!