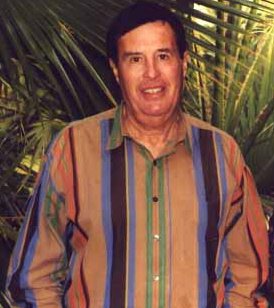 Once upon a time, from the late Sixties through the early Seventies, Kenneth Anger was actually the West Coast Andy Warhol. He had patrons throwing money at him. He was making short film after short film, all very pretty and visionary, all incoherent. He was banging as many men as he possibly could. Mick Jagger was a friend, so was Keith Richards. Donald Cammell had him on the set of Performance so that he could learn how to expand his work to feature length. Ken had it going on, yes he did.

His relationship with Bobby Beausoleil goes back to his days in San Fran, where he met the beautiful, swings both ways Bobby, and put him in his films. Bobby, or Bummer Bob as the locals called him, was making a living, sort of, in soft core films like Ramrodder. The two meshed immediately. Soon Bobby was playing Lucifer (uh, okay) in Ken's Invocation of My Demon Brother short film.

The legend, spread by Ken, is that during the making of Scorpio Rising Bobby stole the print and tried to blackmail Ken to get it back. This is poppycock. Ken had used the money given him by his patrons for other things and had to account for the lack of a movie some way. Bobby was already on trial and the solution appeared. Ken likes to embellish the legend by saying he put a spell on Bobby, causing his car to break down outside Spahn so he would meet and become involved with Manson and the girls, but since this is not how it happened, we can see that Ken is again full of shit. Bobby first met some of the girls, and later met Charlie.

Despite his so called issues with Bob, Ken would later participate with Bobby in a Lucifer Rising soundtrack (another film he did with Bobby) from prison.

Last I heard from Ken two years ago he was living in a crowded one bedroom apartment in Silver Lake and almost getting evicted, annoyed that the girls down the hall made so much noise.

People have asked me what happened to Ken. It is simple. Ken is, was and likely will be forever, an ASSHOLE. If you can't meet him, read the bio ANGER. He sounds like an asshole. Or hang with him off and on for three years like I did. Hey it is just my opinion, but when, the day after 9-11 you are sending mail hoping the terrorists take out the Statue of Liberty, then you are an asshole. Sorry.

The guy started out as a child star opposite Bette Davis, became very successful and famous, and when he dies will only warrant a footnote, and THAT based on his Hollywood Babylon books that are 50% lies.

Pretty damn sad.
Posted by ColScott at 8:41 AM

Ladie's a gentlemen, Larry Melton, let's have a round of farts for him.

Thanks for the info on Anger, Col. Very narcissitic of him to think he had any control over Bobby's fate. Though, I must admit, I do enjoy the curse story, like a hokey scary campout story. Anger should hold a flashlight under his face when he tells it..ooeeee!

CANDYGRAMMA IS STARTING STUFF WITH ME

ELTON WILL SOON BE BALLING.

Heres some more funny shit. He totes my friend around as his guitarist as he is obsessed with him. Watch him move- hilarious http://www.youtube.com/watch?v=UiO8yCSnreo