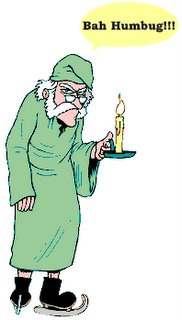 I am sick to my stomach. This is such crap.

I will try to get approval to reprint Bob's whole letter but this summarizes it for me... fuckers...

No, what disturbed the hearing panel, he said, is that as late as 2005, this very year, I had contracted with an agent or gallery owner to allow my artwork to be displayed and marketed to the public in a manner that exploited the notoriety of my crime and the Manson connection to promote sales of my art and music (the Dreamways CD). This, he said, demonstrated a “serious lapse of judgment” that required a longer period of confinement so that there would be adequate time to allow the Board to evaluate my “ability to maintain a distance from Manson” in the public eye, and refrain from involvement with such displays in the future. He mentioned – again, with surprising candor – that he was concerned about possible repercussions from the governor and the public if he were to vote to parole me under the present circumstances.
Posted by ColScott at 10:44 PM

I'm not losing any sleep over it.

I was not expecting him to be released anyway, but the parole board seem to be grasping at straws now. Any idea if he is planning on fighting this?