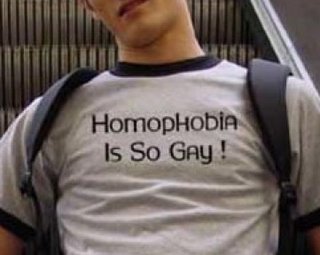 There have been simultaneous threads on the Mark Turner new board and the KTS site about the sexuality of victim Steve Parent. Since I am the guy who essentially "outed" Steve years ago after an casual comment in a discussion with Aaron Stovitz, I have been asked to weigh in here again from the many Col followers.

I do NOT wish to engage in a big debate, especially with morons who cannot read properly. READ this post twice before responding to see if you follow it. When I first raised the news Karen Montecillo, a friend of victim Steve, went nuts on me. She liked to claim to be his girlfriend, but he didn't like girls.

Steve was a young man who was murdered for no reason.
Steve did nothing to deserve to be murdered.
Steven was attracted to men. There is NOTHING wrong with that.
The police report clearly confirmed that he had sadistic, homosexual tendencies.
Garrettson also was attracted to men.
Steve did NOT show up in the middle of the night to sell a stranger a clock radio.
He most likely went for a tryst.
This is all brought out in the initial police research.
Before someone asks why it matters- it does not NOW- it mattered then because they were looking into ANY motive they could find.
Acknowledging that Steve was gay is in no way a slight against Steve unless you are homophobic.
If you are homophobic you are an asshole.
Covering up Steve's tendencies is like covering up the fact that Sharon was basically done with Roman- it is bullshit and unnecessary.
If you are like the Col, you want all the truth. No more official BUG BS.
So Steve liked men- good for him, I hope he enjoyed it, RIP Steve.

(and to the turd known as OOGLER over at KTS- besides the inanity of your posts and your generally low IQ level, I never make up ANYTHING. You insult the family of one of the victims by your very name. You are a sad individual indeed.)
Posted by ColScott at 12:49 AM

if you had read anything about the case you would have known all this.
there are more books out there besides bugliosi's. why do you think rudi altobelli hired garretson for 35 dollars a week to take care of the grounds and dogs? cause he was a swell guy? no, cause both he and rudi were gay.
but i agree, what they did behind closed doors was their own business. the info that col posted about steve is all in the police report. have you ever read it? if not you should. very interesting stuff.

I've seen one sentence in the police reports - something about a juvenile officer saying parent had "homosexual and sadistic tendancies". Is there more? How did that person arrive at that conclusion?

One of the web links out there has all 30 pages of Garretson's polygraph and the cops asked a few questions about his being a queer and I recall he admitted he was given a B.J. by a queer but said he was passed out or nearly passed out when that happened and that he wasn't gay. Who knows, who cares about that. What adults do is their affair unless it involves someone underage, then it's a crime and it becomes our business. Re Steve I have no idea and agree with the Col. wrong place, wrong time, just shitty luck.

True, it doesn't matter what Garretson and Parent were doing in the guesthouse that night. What matters is lying about it, which is all Garretson has done. Finally, years later, he does an interview for "The Last Days of Sharon Tate" on E! and admits to hearing Abigail Folger screaming and a woman stabbing her. If he had mentioned that years ago, the police would have known that they were looking for at least one woman (Pat). Why didn't he just tell the truth? That he was terrified and hid in the guest house. And as if anyone believes Garretson was picking up the phone to call the operator for the the time, when he realized the phone was dead. He was picking it up to call the police because he knew something very, very bad was happening!

ONLY THOSE THAT IN THE TRUTH ARE IN LOVE

I bet Charlie's getting lots of love in prison. His assh0le must be the size of a small Buick by now.

Desert louse has my vote for person of the year. That was the funniest Goddamn thing I read all day! A Buick! I was thinking Eldorado, but I'll take Buick!

Garretson is revising history for the sake of E! I don't think he heard shit, or he would have said something back then.

Maybe he did, maybe he didn't. I guess it depends on which one of his stories you decide to believe. It is very likely he didn't hear anything, since even the people in the main house didn't appear to have heard Parent being shot. Of course, Frykowski was out of it.

MAYBE HE WAS BALLING THE DOGS

I try to give people the benefit of the doubt, but that is disgusting. I've never been to your forum, so I don't know if it is wonderful or not, as you say it is. All I know is what you have posted on here, which is nothing contributing to the discussions, other than ramblings. Please post something informative or at least interesting. I really don't feel like talking about balling dogs.

Beastiality is not a laughing matter.

Yeah, I read the same things about Parent and Garretson and wondered as you did. However, the police report says this about Parent:

"He also worked part time at night for Jonas Miller Stereo, 8719 Wilshire Boulevard. On Friday morning, 8-8-69, he told his mother to have a clean change of clothes for him when he came home for lunch from his job at the plumbing supply company. He told her he was going to work at his second job and didn't want to come home after work before going to Hollywood for his second job."

The stereo store appears to be around Wilshire and Doheny; anyhow, the report then goes on to state that Parent made a phone call to a friend at Santa Monica and Doheny, and the police verified the call. So he had a very plausible reason for being out that way. I think he just went up there to check out this movie stars' pad. Maybe he was bored.