A Jury of One's Peers 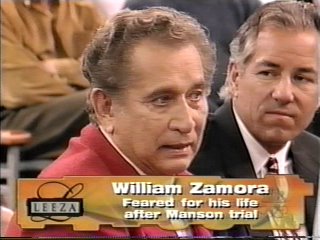 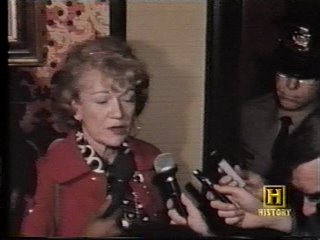 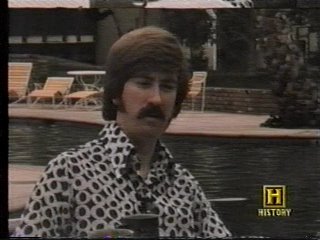 These pictures reflect one fourth of the members of the Tate/LaBianca Jury.

The Wikipedia (usually bullshit but easiest for me to find) notes:

Some systems allow argument over whether a juror's particular background or beliefs make them biased and therefore unsuitable for service on the jury. In the United States, and probably other nations, it is hardly unknown for citizens to quite deliberately get out of jury duty (for example by mentioning knowledge of legal concepts).

What I want to know is, even with the bad haircut on that guy, what chance did any of the defendants really have? There were no commune or hippie experts who testified. There were no hippies on the jury.

I mean, I know that all of them except Manson were actually guilty... but would you even want to MEET these three?

Stupid Charlie never put on a defense so he gets what he deserves- but this is a fair jury?
Posted by ColScott at 4:09 PM

I WAS UP IN BERKLEY WITH OWSLEY

Col. I understand what you are saying, but do not the defense and prosecution agree and compromise on jury members in CA?
You are certainly more well-versed than I on specifics, I understand manson had an attorney, then represented himself, then had a court-appointed attorney later, is this correct? Did his first attorney agree to the jury pool?
I also question the legal definition of "jury of peers." Does this mean contemporaries rather than compatriots? After all, a jury composed of all hippies--which might be viewed as "peers"--would hardly render impartial justice. Would a jury of gay black pedophiles render a fair verdict in the Jackson trial? I don't know.
These pictures of the Manson jury, are they all current pictures as they look today, or are some old and some new? The guy on the bottom looks dressed in 70s garb. The woman, I can't tell. The guy at the top, that looks like a newer photo. What's your take?

The man with the bad do and the woman are from 1970s the other guy Zamora is from 5 years ago.

See, as I said, Charlie didn't take the trial seriously, so whatever he got was his own fault.

My piece just points out that, actually, he never had a chance anyway.

I understand your point Col., I was simply curious to how many perspective jury members Manson's first attorney objected to, or even if attorneys have that right in California. If the attorney was worried about a fair verdict at the get-go, and every defense attorney I know is, he surely would have objected to many jurors in the selection process.
As I said, I have limited knowledge about the trial, but have always believed that Manson as his own attorney was a joke. But what I never understood, is why this couldn't have been used as grounds for appeal. Surely Manson---at least in the 1970s--had made motions to appeal the 1971 verdict. Why were these denied? In the most judicially liberal state in the union (perhaps save Oregon), I find it odd that Manson was never granted a second trial.
I enjoy reading your threads here Col., well-thought out and thought provoking. Bravo!

trust me
I am not pretending to be White Rabbitt
I could not be that pathetic!

col its sweetblondginger whos pretending to be white rabbitt

NELLIEOLSEN IS CANDYGRAMMA CAUSING ME PROBLEMS AND ACTING LIKE A SHIT DESTURBER.
JOIN ME IN WHITERABBITCULT2 IF U WANT TO ESCAPE THE STALKERS