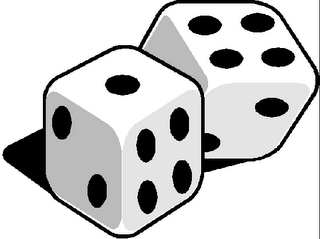 As everyone knows the Col cunningly won the Yalkowsky Collection on ebay earlier this year while the Col was in the Frozen North on assignment.

It will take me ages to process and assimilate all this stuff. As I do it I will sometimes make a posting here commenting on contents or like that. You can read along.

What will it all mean in the end? I have no idea I only opened two of the boxes. It cost me $500 just to ship the collection here.

- Shorty's wife. Magdalene Velma Shea was convicted of armed robbery when she was 18 in 1961 or 1962
- The phone number of Spahn Ranch was 341-9026
- Shorty appeared in two of THREE unsold television pilots for stuntman Bob Bickston.
- Besides his wife, six friends testify to calling Spahn looking for "Don" Shea and being told, apparently by the same woman (Squeaky?) that he had left for San Francisco.
- Kanarek is OBSESSED with Shorty's short temper.
- Kanarek establishes through Lance Victor, another stuntman, that Charlie Manson was also known to him as CHARLIE TUNA ( I shit you not), something to do with a local DJ of the time!
- Shorty had a bigger part in film called Hangfire (or Hang Fire) that Bickston also produced
- During this trial, in another court, Clem Grogan's trial is declared a mistrail, because of a conspiracy to murder Frank Retz, owner of the land adjacent to Spahn. I never heard this before. Furthermore, the prosecutor in that trial apparently went nuts and went on TV saying that that judge had made a mistake which is seldom done.
- Kanarek has at this point supoened Linda Kasabian- she has not shown up and he requests a warrant for her ignoring a court order. Furthermore he states that she has committed perjury andyway and should be arrested.
- It seems that Kanarek is also pissed because he wants to cross examine Mary Brunner who is missing (until the last page- hang on a minute- but they will grab her and then offer her to Kanarek who now doesn't really want her)
- Charlie barely speaks, but he does mock the cop who arrested him and Stephanie Schram for making love at the Retz Ranch. "Were you embarassed because we had our clothes off?"
- Great Charlie Line- "He is paranoia. That is why I am here."
- There is some discussion about getting Charlie a better dentist and when Kanarek will be able to interview Bobby.
- During a break in the trial both the Grogan mistrial and the Hawthorne robbery takes place. The robbery was allegedly going to involve taking the judge and the prosecutor as hostages. The judge asks jurors who saw headlines they should not have during break. Seven admit they did and are furthered interviewed in private. Charlie tells the judge he was not behind Hawthorne, saying "It seems we created a monster here."
Posted by ColScott at 11:42 AM

Perhaps you could pick one or two people with knowledge about the case and whom you trust to help go through the boxes....maybe save some time and help us all along on our journey.

i will help. i cannot wait to find out the contents.

Yalkowsky was the very old crusty New York dude who auctioned off all this shit.

I came across a very interesting link. Can someone please explain what it means?

Thanks Colonel. How did Mr. Yalkowsky get such a collection in the first place?

Also thanks for posting the Paul Watkins book, it is very interesting.

How did Mr. Yalkowsky get such a collection in the first place?

Really...how did he? Please enlighten us.

He was trying to write a book that helped Charlie and spent $25,000 + buying all this shit.

Keeps it going and I’ll keep coming back and for the record I’ll share your page to some of my friends.

i appreciate you spending some time and effort to put this article together.

This post has been extremely insightful & useful to increase my knowledge. Well, I'm so happy that I have found this post because I have been seeking some information about it. Here’s a good resource that is also worth a look.

Love it! Very interesting topics, I hope the incoming comments and suggestion are equally positive. Thank you for sharing this information that is actually helpful.