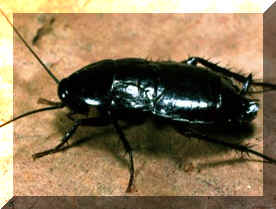 This is going to be hard.
You see, MYTH is more powerful than truth.
J. Edgar Hoover violated the law daily and wore a dress, but history paints him as a hero for justice. Go figure.

History teaches us that Vincent Bugliosi like the great George came in and slew the dragon Charlie.

Except Charlie was no dragon he was a punkass. And BUG was no saint.

Why is this important? Fans of BUG or KTS people or Charlie Haters will all be like "Leave Vince alone."

The Yalkowsky collection provided some links for me that were missing. After meetings with Kay and Stovitz where they privately slammed BUG, I thought it was only because of his perjury during the TLB trial. But there is so much more that came out when BUG ran for DA. So much more.

We are gonna have some HEATED discussions this summer.

But we are gonna get the truth out there.

Bring it on Col. This should bring some truths to the subject.

Most all of us ( i hope) know what a major LIAR and manipulator the Bug was./is.

Admittedly I haven't been keeping up on KTS posts lately, but are there really a lot of "fans" of Bulgiosi who say "Leave Vince alone?

I don't harvest the same degree of hatred for him that some folks seem to (because that hatred seems based in conspiracy theories and while I don't discount the possibility of those conspiracy theories being true, none of them have been proven), but who is suggesting that he is beyond examining?

No one is beyond examination in this case. That also goes for Kay, Stovits, and even that now-deceased goofball Paul Fitzgerald who looked and acted like he had been knocked out in the boxing ring one too many times.

p.s. the Paul Watkins book is freaking me out because of the picture he paints of Charlie and the Family. Paul seems to support a lot of the "freaky" cult-like image type things about the family. Which brings me back to the question that keeps haunting me. Was the late Pretty Little Hippie Boy lying on the stand and in his book?

Well, duh! Anyone who thinks otherwise is living in a fantasy world.

Very interesting stuff Re: Mr. Bugs. I hope you keep it coming.

60skid said "I would like to hear the real story of the murders ..before I die."

I am with you on that. I have read many different books about the Manson case over the years and I don't believe the Helter Skelter story. This in no way means that I support Manson or the perpetrators of the crime. I wonder if the whole thing was some cointelpro operation that Bug was a part of. I remember Manson saying something about carrying Nixon on his back in an interview. I used to think it was the talk of a mad man..... I wonder.

o.k., the redsox won a world series (before damon left), i finally got to see Nine Inch Nails live, getting the truth on this case means i can finally die in peace!!!