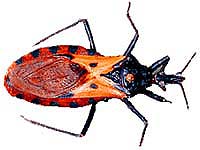 This is an actual press release reprinted for your perusal. We will have much more to say about it later.

Vincent T. Bugliosi, who is now seeking to become Attorney General of California, has lied to you ladies and gentlemen of the press, has lied to the people of this State, has lied to officers of the Santa Monica Police Department in the course of their investigation of a charge involving Bugliosi himself; and has conspired to fabricate false evidence to further thwart that investigation.

In addition, Mr. Bugliosi has committed willful and deliberate perjury in a deposition which I personally took of him in connection with the civil action which arose out of slanderous statements he made about a plain citizen of this State at the close of Bugliosi’s campaign for District Attorney of Los Angeles County in 1972.

I am here today to document these charges for the news media and for the voters. My wife has joined me here because in laying ALL of the facts before you, I subject us – my whole family – to a potential liability of $15,000. The liability is real enough if Mr. Bugliosi wishes to avail himself of the hush money contract he insisted be signed before making a cash pay-off to keep the press and public from learning the truth.

When I came before some of you reporters on the last day of the D.A.’s race here to announce my filing of a slander action on behalf of Herb and Rose Weisel against Bugliosi, I told you that it was not a campaign trick or publicity gimmick. I told you that the suit would not be dropped after the election but would go forward until Mr. Weisel was vindicated. Well, it wasn’t dropped and it did go forward, and Mr. Weisel has been vindicated.

Mr. Bugliosi had harrassed Mr. and Mrs. Weisel unmercifully over a three month period in 1969, using his position as deputy district attorney to get their unlisted phone number and to locate Herb Weisel’s place of employment. Bugliosi had apparently become obsessed with the idea that Mr. Weisel might have fathered Bugliosi’s son during the few months when Mr. Weisel was employed as a milkman at Arden Dairy.

When Bugliosi discovered that the Weisels would hold a press conference four days before the D.A.’s election, he didn’t wait to hear what they were going to say about that period of harrassment. He jumped the gun the night before the Weisel press conference and gave two reporters a phony story. The public was supposed to believe that Mr. Weisel was the suspect in a purported $300 theft from Bugliosi’s home. A theft which was never reported to the police and which – if it occurred while Mr. Weisel was a milkman between October, 1964 and January, 1965 – was well past the three year statute of limitations when Bugliosi started harassing the Weisels four to four and a half years later in March, 1969.

Well, the Weisels had guts enough to stand up and be counted back in 1972. They filed their action against Bugliosi, and even though unfortunately it was literally election eve, some of you reporters observed that what they said in their suit was important enough to tell the voters about.

Today, May 7th, isn’t election eve. And today I want to tell you all the conclusion of “the milkman” case. The complete story is given in the Bugliosi Fact Sheet which has been given to all of you along with supporting materials. But briefly, in the course of his deposition Mr. Bugliosi perjured himself not just once but many times. Wilful, deliberate perjury on material matters concerning admissions of his harassment of the Weisels; admissions made in the presence of two attorneys and Bugliosi’s own distraught wife.

But Mr. Bugliosi has sought to cover himself and to cover his tracks. He settled the Weisel case. But he did so in a way that should earn him the title of a “one man mini-Watergate.” He insisted that he get all of the court reporter’s steno-tapes of the nine untranscribed depositions I had taken. He required all parties and attorneys to sign the Liquidated Damage Agreement requiring a $15,000 payment from anyone who disclosed its terms or even its existence. And when he paid to keep everyone quiet, his payments were all cash -- $100 bills.

I know because I am the attorney who received $12,500.00 in cash for the Weisels from Vincent T. Bugliosi so that he could try to sweep under the rug the misuse of his office as a deputy D.A., his slander of an innocent citizen, his lies to you of the press corps, his own ignoble perjury, and his final cash capitulation.

And now I lay down a challenge to Mr. Bugliosi through whatever medium he hears or reads these words:

IF ANYTHING I HAVE STATED OR IN THIS NEWS CONFERENCE ABOUT YOU IS NOT TRUE, THEN SUE ME FORTHWITH – IMMEDIATELY – FOR LIBEL AND SLANDER. YOU HAVE A READY-MADE FORM IN THE PLEADINGS FILED AGAINST YOU IN THE WEISEL CASE. BUT DO IT NOW, VINCE, WELL BEFORE THE ELECTION, SO THAT I CAN PLACE YOU UNDER OATH IN A CIVIL DEPOSITION, A DEPOSITION THAT WILL BE TYPED UP AND FILED IN COURT, NOT SECRETED OR DESTROYED BY YOU.

But this is not the end of the Bugliosi story. Just two short weeks after putting the final $500 cash in my hand to close out “the milkman case,” Mr. Bugliosi launched into an affair with Mrs. Virginia Cardwell, a young divorced medical assistant who lived with her young son in a small apartment in . I am not here today to leer over Mr. Bugliosi’s adulterous affair. It is important, however, because of his response in mid-June to her announcement that she thought she was pregnant.

Again, the particulars are laid out in the Fact Sheet, provided you. The situation exploded when Bugliosi discovered that Mrs. Cardwell had not gotten an abortion which he had paid for and had insisted she get. On Monday afternoon, June 25, 1973, Bugliosi burst into Mrs. Cardwell’s apartment, enraged at his discovery, and beat her up and choked her. Whether by accident or design he only left marks on her in two places, her left eye and right arm. (These 8 X 10 photos show them several days later.)

Once again, being a criminal defense attorney, I well understand such “lovers’ quarrels,” and such exercises may not necessarily disqualify one from holding high office. It is what followed that makes Vincent T. Bugliosi unfit for Attorney General or any other office in this State.

The story of his assault on Mrs. Cardwell hit the press and the airwaves; so next morning, using his secretary to gain entry, Mr. Bugliosi accosted Mrs. Cardwell in her apartment. Using his not inconsiderable persuasive talents, he worked on her for almost four solid hours to recant her report of his assault and present a totally false story to the detectives waiting to question her.

Overborne by his threats and pleas – as well as feelings she still retained toward him despite the beating – she agreed to follow his “scenario.” According to the new Bugliosi script, their relationship was purely that of attorney-client – which it had never been. Supposedly they had never seen each other socially, and the reason she had “made up” the whole assault and battery complaint was that he had refused to refund to her $100 she had supposedly paid when she purportedly consulted with him on June 14th to get delinquent child support.

Not satisfied with concocting this false story for Mrs. Cardwell to tell – thereby subjecting her to criminal charges based on her original complaint – Mr. Bugliosi and his secretary conspired to fabricate a false receipt for the non-existent $100 payment of June 14th. The secretary did, in fact, prepare such a receipt there in the apartment using plain bond paper and Mrs. Cardwell’s old portable typewriter for the job. That was supposed to be good enough to fool the detectives.

Well, Mrs. Cardwell went and told the new Bugliosi version to the police. And so did Vincent T. Bugliosi – almost word for word the same as they appear in the follow up police report.

And the City Attorney came within a hair of filing false report charges against Mrs. Cardwell. But he dropped those plans at the urgent pleading of Mr. Bugliosi when Bugliosi discovered that his compliant girlfriend wasn’t going to be represented by a lawyer chosen and paid for by him, a lawyer who would quietly plead her guilty, pay her fine (with money provided by Bugliosi) and then let the whole matter quietly disappear.

He begged the City Attorney to drop any charges and forget the whole thing when I informed him that I would be representing Mrs. Cardwell and that I would be cross-examining him when he took the stand as the prosecution’s star witness in a really contested jury trial on such a false report prosecution.

But again, that’s not the end. After the criminal aspect of the case had disappeared, Mrs. Cardwell acquired a civil attorney who contacted Mr. Bugliosi’s attorney concerning a projected civil damage action for the assault and battery. To make what is now a very long story shorter, suffice to say that Mr. Bugliosi’s penchant for pay-off cover-ups once more came to the fore.

According to what Mrs. Cardwell told me before anything was ever signed or any money paid, the old Liquidated Damages Agreement was trotted out again – this time with a $50,000 stinger for anyone who divulged the settlement. And the rather considerable sum of $5,000 cash plus retention of the still unspent $450 “abortion” money was offered by Bugliosi and accepted by Mrs. Cardwell.

Was the Liquidated Damages Agreement signed? Well, I have never seen the Agreement, but Mrs. Cardwell just won’t discuss with me anything about the case any more.

Was the $5,000 in cash paid? Well, on December 11, 1973, I received a check for $713 from the trust account of Mrs. Cardwell’s civil attorney, and I was only to get that reimbursement of costs from a settlement or judgment against Mr. Bugliosi. And I know too that any time I have mentioned the Bugliosi case to Mrs. Cardwell since the first of the year her smile reveals over $1,000 worth of dental work that she suddenly could afford at just the time I received my reimbursement check.

Ladies and gentlemen, Mr. Bugliosi’s attempts to cover up his attack on Mrs. Cardwell, his own lies and his fabrication of phony stories and phony evidence may bind others to silence, but his payment of hush money to Mrs. Cardwell doesn’t bind me.

I am no politician. What I have said today may be too blunt for some people. I have used words like “liar” and “perjurer” and “fabricator of false evidence.” I have used those words because they fit Mr. Bugliosi. And because they do fit him – and fit so horrifyingly well – Vincent T. Bugliosi is UNFIT for the post he now seeks.

You are quite the scholar. This is very interesting.