What is Squeaky Thinking ???? 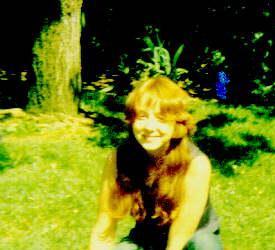 Okay now let’s make this clear- I am neither pro Manson nor anti Manson. Each side keeps wanting to adopt the , and like Springsteen in the 1984 elections, I’m not going anywhere. I am pro-truth and pro-Col. I am on my own side. I know too much to be anywhere else.

What do I think about Manson? I think he is happy where he is. He didn’t kill anyone. He never had a chance for a fair trial. But then he never tried really either. He wanted to be famous. He is. He was a two bit conman who is miles away from being “the most dangerous man alive. He played a role, he was happy to do so, and now he’s back home. I’m more upset at the people like the Bug that played him, not because CHARLIE regrets it but because any bending of the truth affects justice and affects you and me.

So again- slowly- I am pro reality. Nothing more.

Which brings up today’s post. What the hell is Squeaky doing?

Let’s follow what I believe is the truth first of all- and few people will actually disagree with any of it.

1- Squeaky was closest to Charlie.

2- Squeaky basically balled only Charlie (and Spahn I guess).

3- Supposedly Charlie was able to control Squeaky’s fits via sex.

4- Squeaky is a kind and gentle soul.

5- Squeaky’s mind never really process the Tate LaBianca horror. And because Charlie had little to do with it, she couldn’t understand what the fuss was all about.

6- When she saw her soul mate and many friends going to jail she wished she were part of the group. Even though she is not a killer like Sadie or

7- Post trial, she fights to keep the Family alive. Desperately so. But it disperses. Only she and Sandy keep the faith.

8- Rumor has it that the girls or Charlie are like, if she is so loyal why isn’t she in here.

9- Squeaky pulls a gun that she clearly does NOT intend to shoot on the President. She can never coherently explain why. sends nasty letters.

10- Squeaky goes to jail. With the glaring exception of a 1988 escape she is a model prisoner.

So what the hell is she thinking? It seems like she did it to get back on the front page. To remind the world about the “plight” of Charlie and the girls. To keep the candle alive.

She never does again after leaving for prison. She almost never does interviews. She doesn’t hold seminars. It’s weird. Like you throw your life away for your cause and then inexplicably DROP your cause.

And now she is up for Parole. And it doesn’t seem she wants it.

But if she were still fighting for the cause, don’t you see a world where she gets out and does her OWN book? Where she is on Today and Oprah with footage of the cute old her and she is still pounding the word of Charlie?

You know that would happen. She would be famous and everywhere for at least a year.

I don’t get it. What is Squeaky thinking?

Just today I was wondering where you stand on the case. I enjoy your posts and comments and really wanted to know what direction they are coming from. I agree with where you stand and basically with your philosophy.

On another note, it seems that there have been a lot of attacks and uneducated remarks made about you when people don't aree with your posts. I think it takes all points of views to get to a conclusion. To attack someone because you don't argee with their opinion is ignorant. I think it is great that you have strong opinions. I would like to see more people who disagree with you do so in a mature and factual way and not name call. We all would learn more about the case that way. I am an educated person who desires more from people.

Lastly, I feel sorry for Squeaky. She followed through on nothing and ruined her life. For what? I don't think she even knows. What a waste of life.

Dr.
I agree with your last coment on all points.

I would rather see an exchange of facts and opinions without the name calling.
I enjoy the COl's posts because he does his homework and LISTENS to others.

lol, ColScott, you have so much to learn about women and life. Let me clue you in on Redheads. They are emotional, unstable and socially eratic. That's a well known psychiatric conclusion. Even Sigmund Freud said that women with Red Hair are in a class all by themselves. They are sociologial firecrackers that are emotionally unpredictable. IF what you say is true about Charlie having to control the redhead with sex, then you know there's something to it. As a matter of fact, Diane Lake was a redhead, wasn't she? If so, you know what she was like. I think Paul Watkins called Diane a redheaded chick once so im assuming she had red hair.
Redheads are like dynamite, hot to handle and, if you dont handle them the right way, they'll blow your head off .. both of them :-)

Desert fox, to quote Freud is only applicable to a small portion of a long dead society. His rationals do not apply to the common person. They only applied to aristocratic women who were not permitted to be. The psychatric community of today does not agree with Freud because it is impractical. Therefore it is not used.

Not all red heads are emotionally unpredictable and not all blonds are dumb. People are who they are, and it's not because of color.

I only tell you this because it is always good to know, not to call you out mate.

I think that she knew what she was doing. I never believed that she actually intended to shoot President Ford. She got what she wanted without having to hurt anyone. I almost feel sorry for her. It's almost as though she feels she should remain in prison as long as Manson does. She's in love with him, and to her it's of the ultimate kind.

The Col is a Springsteen Fan? I love it!
I don't feel sorry for Squeaky at all. She made choices and now she has to live with their consequences. That's life!