Facts were Meant to be Twisted 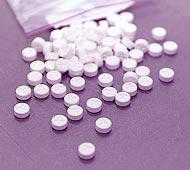 Frequent Reader "Gary" asks "
Good Morning,
Have you read the recent "case fact" on KTS? Is there any truth to that theory?

I would like to know what you think about it."

Here is what he refers to:

What do I think?

I think first of all that this Lisa person needs to stop putting quotes from books out there as "facts." There are tons of facts in Sanders book but no truth. Many "facts" in the Bug's book are just made up. Calling something a fact when it isn't is bad form.

The short response to this is that the LAPD couldn't cover up anything for long- every time they try from Rampart on down they fail. I think that the police arrested the killers because, well, they killed everybody, and arrested Charlie because they felt the need to get the perceived honcho. In order to GET Charlie they felt they needed a motive (not legally but in reality) and thus Bug made shit up. So no, I don't think they covered anything up.

Scanlon Murphy is a weird dude- I have a radio show he did and he shows up occasionally in AesNihil's tapes- but he never wrote anything substantial that I am aware of from his research. I am not sure whether he should be trusted about anything.

Hope you like my thoughts Gary, really I do.

Lisa is a dip shit.

What do you expect?

Thanks! I, too, agree with you. I have always thought Gibby and Voytek were the intended victims of the murders and that it was drug-related.

dgtn, your claws are showing.

I always thought Voytek the probable intended victim. I never thought Gibby was. Interesting thoughts on this.

I have also always thought the motive was drug related and that Voytek was the intended victim. I do believe that Gibby might have also been an intended victim perhaps due to her affiliation with Voytek.
Very intersting post Colonel.

Dgtn, I don't know Lisa. I was interested in what the Colonel had to say about the theory posted in the message on KTS. I have read various theories regarding the nature of the crime, and the drug involvement seemed logical to me. I didn't mean to bring Lisa's character under attack - I just wanted to discuss this theory with others. Gary

I get the motive of drugs in regards to Voytek and Abigail (I am not comfortable calling her by the name her friends and family called her.), but why the LaBianca's?

Good question. Anyone have a theory as to the LaBianca murders? I never did buy into the copycat killing theory.