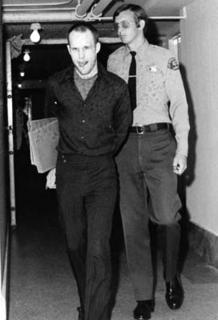 Okay this is all about Hoyt (the same Babara that that Manson and the 60s group leader had never heard of LOL). You should be familiar with her. If not go here. Now what always bothered me about this was that BUG turns this into a big freaking deal in his novel. Like they tried to kill her and Ruth (Ouisch) got away with it all. Except- why did she leave to go to Hawaii in the first place? Why did Ruth never even get arraigned? And if this was attempted murder, like BUG argues, then why only charge misdemeanors? Clem's version of events actually makes REAL SENSE. See if you agree. (Thanks again Unstoppable. From the 1981 hearing)

PRESIDING MEMBER ROOS: About this incident helping somebody to go to to avoid testifying?

INMATE GROGAN: What happened in that incident, one girl named Barbara Hoyt was scheduled to testify in the Charles Manson trial. She came to the ranch where I was living at the time in .

PRESIDING MEMBER ROOS: This is when you were on bail?

INMATE GROGAN: Right. And indicated to the girls and that came to me through hearsay from the girls that she didn’t want to testify that she wanted to, you know, go someplace and hide till the trial was over. So, I guess the girls suggested that they go to . They bought her tickets.

PRESIDING MEMBER ROOS: On a stolen credit card or something?

INMATE GROGAN: I don’t know how they got it. I think the friend bought it on a credit card, his personal credit card. I think. I’m not sure.

Anyways, they secured the means of going to . And one girl went with her. When she went to , the girl gave her some hallucinogenic drugs and some food and left her and flew back to the States. And that scared her and she went to, I think, YMCA or something like that and told authorities and then went back to the police and told them that she thought everyone was trying to kill her or dissuade her from testifying. Consequently, everybody that she came in contact with at the ranch that time she mentioned and was mentioned in the indictment.

PRESIDING MEMBER ROOS: As a conspiracy?

INMATE GROGAN: Yeah. And can I add something to that?

INMATE GROGAN: We were planning to take the case to trial because the evidence was really shaky on it. There was no evidence, as far as my participation was concerned, but due to the fact I was already in for murder trial, I thought it be best interest to go in with Ruth Moorehouse. Ruth Moorehouse, she was pregnant at the time.

So we all agreed those were charged with conspiracy plead nolo contendere to a misdemeanor, if they would let her out on her own recognizance to have her child in the streets. Because we didn’t want her to have her child in the county jail and have it taken from her at the early part of delivery. So the District Attorney agreed that would be acceptable to him, and that’s how the disposition was handled.

PRESIDING MEMBER ROOS: And then later on you were convicted of the murder?

PRESIDING MEMBER ROOS: Right. I’d like to thank you very much for providing that information. I know it’s pretty well covered in the pages I mentioned, pages 32 to 41 in the hearing of 1979.

scramblebrains is not stupid, give him credit