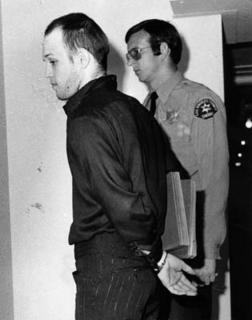 So one of the things I have done that I don't believe anyone online has ever done is study in depth Steve "Clem" Grogan's Parole Hearing Transcripts for 1978, 1979, 1980 and the Jackpot one, 1981. There is a LOT of stuff that is not commonly known buried within. Especially if you accept that by this point Steve was coherent AND honest, since he wanted to get his ass out of prison.

So the next week of posts is dedicated to that 15 year old boy who lived in a back house of the ranch; who fucked pretty much every one of the ladies on the ranch; who had a very good and powerful singing voice; and who played retarded so well that even the BUG thought he was.

Welcome to Scramblehead Week!
Posted by ColScott at 8:45 AM

I have all his transcripts. I read them a few months ago all in a row over a month period. Starting with the one from 1978 to 1981 when he got his date.
Do you believe his explaination about that exposure thing?