The Devil's Business is Closed 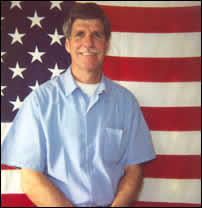 Charles "Tex" Watson had a parole hearing on October 1st. However he didn´t show up and stipulated his hearing signed a form that he found himself "unsuitable" for parole for one year. His hearing will be held in one year but according to the Board of Parole Hearings in Sacramento no date has been set. This is the third time that Watson takes this action. He probably knows he is never going to get out and says he is content either way, in or out of prison. (thanks to Bad Boy Bret for the 411)

Hopefully he never gets out. That guy did almost all of the killing and still claims Charles Manson made him do it.... right.
You kinow, the Son of Sam killer said the dog told him to. Did they ever take the dog in for questioning? Just curious.
Peace & Love,
SleepyDiane23

They executed the dog.

THANK YOU FOR THE PICTURE!

Tex is one that initally scared me. Not Manson. Watson was the devil. I mean if someone said you have to interview him I'd refuse. Now... that I have been doing a little research, he seems like a full o hot air barfly type. (they dont scare me that much)
Good for him. He knows the score.

the picture is from HIS site
isn't that fucked up

Hey I slaughtered SEVEN people that I never met

Wow. my tax (or TEX. oh I crack myself up ) dollars at work as a backdrop to a killer.

They had to kill the dog, he was a huge danger to society. The risk was just to great.

jrcd2. thank you for that explination.

Are these 2 sons from the wife who was running that "Church" just outside of the prison?

scotty-I want to correct my original post. Any visitor/prisoner can have their photo taken in front of the Flag. The cost is $10.00 so it's good to know the taxpayers aren't footing the bill.
I don't know who ran Tex's ministry. I do know that the children he fathered while incarcerated were with his ex-wife. I'm sure they love their father very much and he loves them.
Tex has mellowed during all his years of confinement. He must be resigned to the fact that he will never be released from prison. And he shouldn't be.

Thank you for taking the time to clarify that.

Tex watson is the devil. Hope he does in prison