Blogging The Yalkowsky Collection- Volume 37 of Something 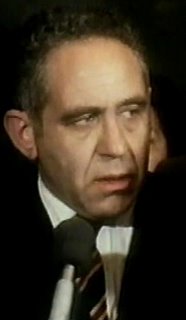 Sorry about being so lax in examining the collection. There are just SOOO many documents ( I mean boxes!) and when I read them I like to astral project back to the trial and see if I can understand the motivations of everyone involved. Remember that the is only after the TRUTH- he is not pro or con anyone.

So I read a huge volume last night- Vol 37 of what I THINK is the Hinman Penalty Phase for Manson. It could be the Shea Phase though. I will let you know as I decipher this shit.

- Leslie’s TLB Testimony is read into the record by Kanarek- she and the girls have refused to testify since the defense being put on is not CHARLIE’s Defense.

- Kanarek is trying to establish that witnesses were bought and pressured to lie. He reads back Leslie’s testimony about how the arresting officers spent two days offering her immunity and the $25k reward as long as she sold Manson down the river. We should all muse on her life had she done so.

- Leslie’s attorney Marvin Part recorded interviews with her and then shared them with his former associate, BUG. I am sickened.

- Leslie and Ouisch made a jug that said Helter Skelter on it.

- Bobby filed a petition for a new trial and acted as his own attorney during it.

- Mary filed an affidavit saying she had been made to lie in the first Bobby trial and that Bobby didn’t kill anyone.

- Then she didn’t want to testify in the new trial hearing so he subpoenaed her.

- Mary tells a long involved story about how she was pressurized to say Bobby did Hinman. I will have the elves transcribe this exchange.

- We then see how the judge essentially lays it out for Mary- tell the truth, ie, say exactly what you said before, that Bobby is guilty and you can go back to Wisconsin and see your son tonight. Don’t do that, and you’ll be charged with murder and perjury and never see him again.

The Mary stuff is particularly distressing. I mean think about it-

- Bobby did it. We know that because he says now he did it.

- Bobby is entitled to a fair trial.

- Bobby has one witness against him- Mary.

- She is then literally THREATENED to stick with the story.

Yes I understand that the truth is the truth and all that.

But as a disbarred attorney or not, the fact is, Mary IS allowed to say whatever she wants to. If she provably lies, they can do her for perjury- which actually they later do.

What we cannot have is District Attorneys promising candy and freedom if you tell their version of the story.

More reason why the BUG is such a cringe-inducing fellow.

More reason why the BUG is such a cringe-inducing fellow.

You can read Bobby's version of the events that took place the night Hinman was killed at this address. Pretty interesting stuff. Looks like Danny DeCarlo sold him down the river too.
cb

geez Col.
You have your hands full. Thanks for sharing with us all.
It's all very interesting and appreciated.

Frankly, I can't see what Mary was crying about. She knew the truth, they knew she knew the truth and she wasn't prepared to tell the truth. Bobby now admits that what Mary was pressured into testifying is the truth so to say it is the DA's version calls into question what you say is your modus operandi ~ the pursuit of the truth.
Using Pooh Bear as leverage was unkind and really low. But that's on Mary. Because it was factual. She may not have seen him again if something ever happened to her Mum while she was in jail. For a criminal to be threatened as she was tell the truth on a murderer is part of the deal you sign up to when you decide to walk the criminal path. There was dodginess on all sides, cops, DA, witnesses, the family, some of the victims, the press, the defence lawyers etc. If Bobby wasn't guilty, it would be an outrage. But he was, he tried to deny it, Mary wanted to back his murder.
I'm totally unsympathetic to her plight on this one.
Ironically, Bobby owning up to his guilt torpedoes any sorrow I might have for Mary here.