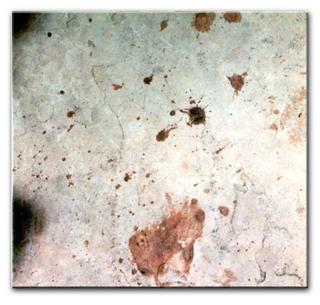 Calm down. We didn't go anywhere. Some people like to commemorate the anniversary of the TLB Killings. I know that mega-collector John Aes-Nihil had his "last supper" at El Coyote Monday. Or was it Tuesday? Other people like to post everywhere "Oh those poor people" and feel better. Some like to have ten minutes of silence and then go on abusing their children.

The Official Blog is here to discuss, learn, and educate about the beforehand and aftermath of these awful events. If you want to learn about the murders themselves, study Susan Atkins' Grand Jury testimony. It contains many secrets for those who open themselves to it.
Posted by ColScott at 8:20 AM

This is Radio Scott on Pirate satellite!

where can I find the grand jury testimony?

Denise
why are you messing with me?

don't be paranoid colonel, i don't have time to browse. thanx for the link.

Apparently it is not paranoia if they ARE out to get you...

sounds to me like someone is having flashbacks from a bad trip.....hmmmm.. who could that be?