IRONY, Thy Name is Manson 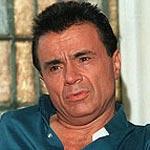 Film about Robert Blake's wife to film in B.C.

VICTORIA - A film about the death of actor Robert Blake's wife is scheduled to begin filming in Victoria on Dec. 6.

The 71-year-old Blake – the star of television's Baretta, as well as movies like In Cold Blood – has been charged in the killing, and jurors are currently being selected for the trial.

The film will begin with Bakley's murder, which occurred while she was sitting in a car waiting for Blake to return from a Los Angeles restaurant where they had just dined.

The killer, however, will not be shown.

Larry Thompson, the made-for-TV picture's producer, said the identity of the murderer is left "up to one's own determination" in the script.

"The point we're trying to make in our movie is she desperately wanted respect, love and fame, and she paid the ultimate price. Who killed Bonny Bakley isn't as important as how she lived," Thompson, who once managed Blake, told the Associated Press.

Titled Dying for Stardom: The Absolutely Unbelievable True Story of Bonny Lee Bakley, the runaway production is to star Steve Railsback as Blake, a former child star who appeared in the Our Gang comedies.

Thompson bought the rights to Bakley's story from Margerry Bakley, her younger sister.

"She was a train wreck to begin with," Thompson said of Bonny Lee. "She was literally married some 12 times to men ... most of them who she knew only for days or through mail correspondences."

The movie's budget is $6 million US. It is scheduled to air in April, when the trial is expected to conclude.

"We have everything except the verdict," Thompson added.

Troubled actor ROBERT BLAKE is allegedly furious his actor friend STEVE RAILSBACK has agreed to play him in a TV movie of the ex-BARETTA star's murder trial.

The movie will investigate claims Blake shot his wife BONNY LEE BAKLEY to death on 4 May (01) after eating at VITELLO'S restaurant in California.

And the 71-year-old, who denies the murder, is terrified HELTER SKELTER star, Railsback will portray him in a negative way, because the script is based on story rights approved by Bakley's sister MARGERRY, reports US newspaper the CHICAGO SUN TIMES

LOS ANGELES - Long before he was accused of killing second wife Bonny Lee Bakley, "Baretta" star Robert Blake set up a "contract" hit on his ex-wife and the actor she was dating, according to her shocking new testimony.

Sondra Kerr-Blake said friends later told her of Blake's foiled plan to have her and Steve Railsback, best known for his role as Charles Manson in the TV flick "Helter Skelter," whacked in the late '70s, according to her deposition obtained by the Daily News.

"I found out from several different people ... that he had put a 'contract' out on me and the other man I was seeing at that time," Kerr-Blake, an actress, testified at a recent fact-finding session in the Bakley family's wrongful-death suit against the 71-year-old actor.

Last March, a jury found Blake not guilty of charges he murdered Bakley, 44, and tried to hire aging movie stuntmen to kill her so he could have custody of their daughter, Rosie.

In the civil trial scheduled to begin Aug. 29, attorney Eric Dubin, who represents Bakley's kids, said he'll turn the tables when he gets Blake on the witness stand.

"It will be a showdown. If the detectives and the DA had the same opportunity I have, Robert Blake would be in prison today," Dubin said.

Blake did not testify at his criminal trial, but in the civil case, he has no choice.

Blake's lawyer, Peter Ezzell, could not be reached for comment.

Dubin said he also will call powerful new witnesses, like Blake's ex-wife, to expose the "In Cold Blood" star's alleged history of violence and murderous plots.

In a story stranger than a Hollywood screenplay, Kerr-Blake, who played a prison inmate in "Helter Skelter," alleged that Blake planned to have her and Railsback killed at a card game in the same house where Manson's followers had murdered actress Sharon Tate.

The slaying was supposed to look like "retribution" for their participation in the 1976 film, she testified, but the couple skipped the card game and inadvertently foiled the plot.

She said actor Burt Young, who played Sylvester Stallone's grouchy brother-in-law Paulie in the blockbuster "Rocky" films, told her that Blake had asked him to "beat up" or "do in" Railsback around the same time as the failed hit.

Young "said he refused and told Robert to get somebody else or why didn't he just go have a talk with Steve," Kerr-Blake testified.

Ironically, Railsback is set to portray Blake in an upcoming movie about Bakley's life.

Kerr-Blake, who was married to Blake for about 20 years and is the mother of his two adult kids, Noah and Delinah, also alleged she was verbally and physically abused by him.

According to the deposition, she also said Blake, who reportedly suffered an abusive childhood, once told her, "I always thought it was my father who I was like, but it turns out it was my mother ... she's a killer. She's a killer just like me."