Penguins Don't Come From Next Door! 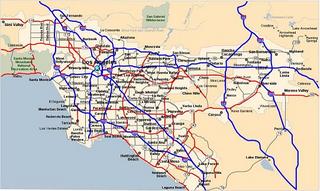 Interesting news from Charliemanson.com, a site that I really need to give my opinion on to you guys some day... the owner, a very attitudinal Mark Turner, spent probably three million man hours entering the locations of key scenes related to the Tate LaBianca case into an interactive map.

Some of it is of zero significance. Like does it really matter even to Squeaky where she lived or went to school in 1967? Probably not one bit. And yes, it is interesting to see just how far middle class Steve Parent had to travel to keep his assignation at the Garrettson guest house. But not that revolutionary.

But what is REALLY interesting about this insane task is just how close the Family operated to places they knew.

We all know that the LaBianca house was RIGHT NEXT DOOR to the Harold True house, a place where Charlie and some of the Family had partied multiple times.

How interesting that when the killing krew split up that night and the other team went to kill Nader (and failed) that he lived just about NEXT DOOR to the Mark Ross (friend of the group) house where Zero committed "suicide" by playing Russian Roulette with a fully loaded gun.

The gang had been to the Tate house before back when Melcher lived there. But I didn't know that it was so close to the location of the Process Church back in the day.

Even the Hinman murder house seems to be like down the street from where Bobby and the Clan stayed for a while.

I am not sure what the ramifications of this really are... I doubt ANYONE even the police did anything remotely like this before. It really gives you a sense of the space of the case and who knows what other links it will reveal.

I don't like you Mark Turner- but your site is REALLY good.
Posted by ColScott at 8:25 AM

he's not very likeable after all