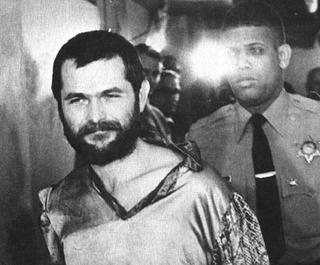 Sorry all, I was busy the last few days making very much money, but now I am back. There is very much to cover here today so let’s get started.

Shelby and several other regulars here from IMDB took exception to last week’s comment that Charlie didn’t kill anyone. Well he didn’t, but I asked them “Okay, who did he ever kill?” And they all said “Shorty.”

Now catch this- if Charlie killed Shorty you would think one of the people involved would blame him, right? That is what the authorities want to hear, and it just might get you some lighter sentence. But none of them ever do. Here’s some of a transcript from one of Bruce’s parole hearings. He never blames Charlie and he was there. Why do YOU?

INMATE : About 10:30 in the morning. Charlie came to a group of us and told us that Shorty had – is either working for the police or going to them. Some way in there he’s a threat. He’s a threat.

CHAIRMAN WAY: Working for the police?

INMATE : That Shorty was either working for the police or going to work for the police against us. That was kind of the picture, I think. And so he told ex and me and Clem – well, mainly He said “So you take care of that. Just take Shorty for a ride.” Some of us got in car, and was in the front seat with Shorty.

MR. BAKES: Who was driving the car?

INMATE : Shorty was driving. So we drown down --

MR. BAKES: This is Tex Watson?

INMATE : Yeah, so we drove down the hill and --

MR. BAKES: Where were you at this point?

INMATE : Well, we started from the Spahn Ranch. We were going down the road toward San Fernando Valley, and stabbed Shorty. Well, first we pulled the car over. He said, “Pull over here.” So we pulled over, and they pulled him out of the car, and they took him down the bank. Well, I got out of the back – I was in the back seat.

BOARD MEMBER SIDES: Who said to pull over?

INMATE : told Shorty, who was driving, to pull over.

MR. BAKES: Is this an open area? Is it a residential area? What kind of area is it?

INMATE : No it’s not. There’s underbrush and scrub, and it’s a hill coming like this, and the road is going this way, so there’s a bank over here and a bank here. So were going along like this. So he told Shorty to pull over to the right-hand side of the road. He pulled him out of the car.

MR. BAKES: Did he stab him before he pulled him out?

INMATE : Well, yes. I didn’t actually see that but I could hear the sound of stabbing, over and over again. I was – the back seat was between us, but I would assume he must have.

Interesting, at his parole hearing that you discussed in your previous series of posts on him, Clem said he was in the back seat and nobody else was back there with him.