Sixties Kid Gets Their Own Entry 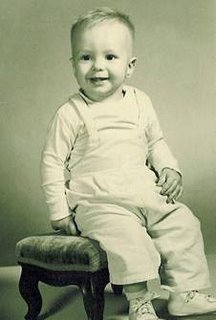 Writing like he/she was actually born in the 90s, 60skid keeps writing bizarre non-sequiturs in the comments. Maybe this poster is not retarded, but the Col just cannot tell.

To lay out the argument and chronology briefly.

1- Col Scott posted something about Patti in December.
2- Col Scott was shocked at the venom flung Debra's way as a result of that post..
3- Col Scott posted something about Debra in Jan.
4- Col Scott received an anonymous email to look into where Paul Tate was buried.
5- Paul Tate is NOT buried in the family plot. Col wanted to know why.
6- Col found out that Col's ashes were still somewhere in the possession of Debra Tate, who as direct next of kin automatically was in charge of burial because Paul Tate mistakenly did not indicate otherwise.
7- Col then wondered about that and ordered the last Will of Paul Tate.
8- Col found out that Debra was disinherited by her father.
9- Col points out that this is shocking BECAUSE she has spent so much time on the internet enforcing publicity rights (that is what they are called under Ca Law) to her dead sister and it would seem that she does not HAVE those rights.
10- Col asks for Paige to reply and she ignores like usual.

And for the commentators saying "Hey , why is this in public?"

Debra goes on TV, does interviews and brought the photo fight to the public. That's why.

This is a Blog, an opinion site. I think Bobby, UNDER THE LAW, should be free. If Bobby can be kept locked up for unclear reasons, we all can. I also know Bobby and like Bobby. That is my opinion. Kid, you can disagree. I don't give a shit.

In my opinion, Debra should explain to her public, the people on Paige's board, why she was disinherited.

But I cannot make her do it. And if you disagree, that's fine too.

The Col has always maintained that he has forgotten more about this case than BUGliosi ever knew. This is still true. But the Col does not know everything.

This is the only Official Tate LaBianca Murders Blog. Anything RELATED to the subject will be discussed here.

So Kid, I know you have issues. That's fine. I spelled it all out above. Read slowly and carefully.

You'll feel better I hope.
Posted by ColScott at 1:51 PM

Paige actually knows Debra, they speak on the phone a lot and Paige has been to Debra's house..

The Official Message Board belongs to Debra, but Paige is running it because of the lousy internet connection Debra has...

I'm personally not opposed to Sharon's death picture being online if it stops just one person from thinking the killers need to go free. They are hidious and sickening, but they do serve a purpose... My opinion of course.

On this board? I doubt it.. Col Scott isn't really into banning people. He just put a stop to people hijacking ID's..

In regards to the death pictures, I can understand how horrifying they must be for Debra, but she has to understand that these pictures do exist, they're out there and there is no police on the world wide web.

I understand her need to rid the internet of them, but she's wasting her time. For every one site she can get shut down, two more will pop up. I think she's finally given up on that fight anyway...

Col Scott isn't really running Debra down, he's not calling her names or insulting her. He's seeking answers to questions, which is what he does best lol

"LIBERALISM IS A MENTAL DISORDER"

That's the same as the child that occassionaly wets their pants. They just can't help themselves.

The 60skid is in Awe of the Col's vastly superior knowledge base and she really hasn't fully internalized that there are greater powers in the universe other than herself.

I still think her name is "60 skid" as all her arguments go straight downhill.

She needs to shake off the disease of Liberalism and "Come to Now".

The 60skid says that Bobby Beausoleil should remain in jail. I disagree. I feel that Bobby has paid his debt to society, as has Leslie Van Houten, and both should be freed from prison.

That be the Col photo, right?

I'm glad the photos are on a website. After I saw them, I joined KTS and met some really great people.

I also write the parole board now when it comes up for one of the killers to be released.

Hopefully none of the killers of the Tate/LaBianca's will ever go free.

Don't sell Bugliosi short, Col. He knows just about everything about this case, he's just not tellin....

60skid,
You say the following and I don't get it.

" I write letters for all the Manson family when they are up for parole.
Maybe the death pictures on a website.. help to keep them in prison.
Your right hopefully none of the killers ever get out."

Why are you writing for them if you don't want them to get out? Seems like a contridiction and time consuming. Am I missing something?

By the way, where is the Agnostic Monk?! I love the comments made by him/her.

KTS isn't the board that they are talking about on here. I think that is the board that Paige is running for Debra that keeps getting brought up.
KTS is a Yahoo group called Killed The Sixties.
Here you go:
http://groups.yahoo.com/group/KILLEDTHESIXTIES/

Debra is insignificant and so is KTS for that matter and why 60skid was given a special entry is a complete mystery to me.

You're invited to join us at KTS if you like..

Here we go again with the phony posts.
I joined in Oct. 2005 my profile is public, the imposter has a private profile, and if they elect to change that, they'll have to change their start-up date too.
Heaven, I'm already a KTS member...

LOL Col. I LIKE YOU! You hit the nail on the head, of what I have been KNOWING all along. Paige does NOT personally talk to Debra AND is not her friend. That is why she does not answer for Debra. I think all along, she has a go between and gets the information, posting to her board as if the QUEEN herself said it, duping all the members.
OMG so Debra was cut out of the will. Ummmmm and all this time, she has acted like she owns all the rights. Col., you are right on!

Debra sure burned some bridges to get cut off from her dad. He probably bailed her out of enough problems, spending most of his inheritance on that. She had to do something MAJOR to get cut out. Ummm ummm ummmm. Goody Goody little Debra is not as innocent as she would love everyone to think, I see. She can't be, to cut off her cousin Pam as she did - according to know it all Paige, anyway. Paige would know, just ask her. (Pffft!!!!!)