The Guy Who Wrote The Pugh Article writes to us (and joins us?) 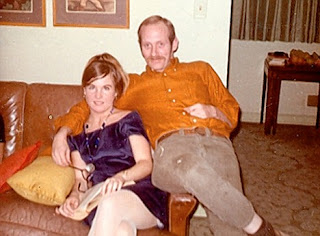 Apologies for leaving it so late but I thought I'd respond to all your comments regarding my article. Very briefly, I spent six months writing the piece.

I've been a journalist for the past 13 years and came up with the idea of writing a piece on Joel Pugh after re-reading Helter Skelter last year. Over many, many nights, I contacted Ed Sanders, Vincent Bugliosi, Curt Gentry and others looking for leads. They were all extremely helpful and, after a very, very long time, I was able to contact Joel's brother, Dan, to find out a little about what became of him. I then put together the article you now see and placed it with a newspaper.

While I'm proud to have been the first to piece together the life and times of Joel (a warm, witty and idiosyncratic guy), I'm bemused at the hostility my article has caused. This is something I noticed on many of the Manson websites. It's as if there's a hardcore of people who believe they know the truth of the murders who dismiss those who come up with anything off their radar. I can understand this given all the disinformation out there but, still, the patronizing air is stifling. I'm as fascinated as them about the killings but am not arrogant enough to think I'm the sole keeper of the Tate/Labianca flame.

Incidentally, if the webmaster sees fit to post all my hard work here, I'm offended s/he uses the intro 'but how much do I believe?' Why didn't they have the courtesy to get in touch with me first? I'd have been happy to answer any questions they had. Believe it or not, I didn't make this piece up. Every word was drawn from first-hand testimony, contemporaneous newspaper reports and documents.

As far as Force 17's comments go, may I suggest s/he actually reads my article, which is comprised entirely of original research. It's depressing when people dismiss newspaper articles as 'cut and paste jobs' but even more depressing when the critics don't appear to have actually read them.

As for Simon Wells' book, I finished reading it this week. I thought it was an interesting summary of the phenomenon that, rightly, steered away from the whole Helter Skelter mythology. I notice on other websites he's unhappy at my article, suggesting I've twisted the facts to make a suicide look like a murder. Again, the criticisms are delivered in a familiarly patronizing tone, suggesting I've trivialized Joel's life and death for tabloid readers. I refute this and refer Simon to the blurb on the back of his own book that refers to 'new evidence linking a cult member to a murder in London'. Murder, huh?

Having spent a long time perusing this site, it seems clear the users have a distinct distrust of the media (just like Manson himself, incidentally). That doesn't mean all newspaper articles are wrong.

Welcome to the Blog. Stick around and you might learn a thing or two.

Email ThisBlogThis!Share to TwitterShare to FacebookShare to Pinterest
Labels: Sandy

I read this Daily Mail article a few weeks back.

Now, 40 years on, the Mail has uncovered evidence suggesting Joel did not die by his own hand but was murdered at the orders of cult leader Charles Manson.

What evidence ? At least what new evidence?

Untrue - Joel's family were given copies, and Simon Wells for one has seen a copy recently.

But what I want to know is why Joel's father - a doctor who knew of his son's medical history - was quite happy with the suicide verdict, as were the Met at the time, and the Coroner, yet you are not? There's nothing in your article that I would call compelling evidence.

And yes, I for one do have a distrust of the UK media in general and of the Daily Mail in particular.

Welcome to the Blog. Stick around and you might learn a thing or two.

Of course newspapers aren't necessarily right but they've always been, and remain, forums of free expression. Sure, sometimes articles are skewed to toe a particular line but this wasn't the case with my piece.

Taking the rest of your points one by one...

"You start off expressing admiration for BUGliosi who wrote a self-aggrandizing book full of lies."

I'm sorry, but nothing in my piece expresses admiration for Vincent Bugliosi. Incidentally, didn't Susan Atkins refer to him as the 'Bug'? I really, really hope that you haven't taken to quoting her. That would suggest this is a pro-Manson site rather than something more even-handed.

"That newspaper is a UK Tabloid. How should we respond?"

If British tabloids really are as bad as you suggest, why on earth are you reprinting my loathsome, inaccurate and sensationalist article? And as far as a response goes, how about sending something to the letters page? It's not hard to do. Try google. Alternatively, there's a forum for comments on the paper's website.

"You decided out of a clear blue fucking sky to do a story about Joel Pugh- it doesn't get more obscure than that. How should we respond?"

This has me at a total loss. And what's with the swearword? This blog follows every twist and turn of the Manson story, happily devoting thousands of words to unsubstantiated rumours but then gets its knickers in a bunch when someone goes out and does some investigative reporting. The reason I looked into Joel's life was because I wanted to tell his story which, as far as I'm aware, had never been properly told. Why has that created such animosity?

As far as 'sticking around' and learning the truth goes, rest assured, I'll do just that but I'm starting to thin this isn't the place to do it.

But, to claim that the killing was "at the orders of Charles Manson" is obviously and shamelessly "toeing the line" with Bugliosi and the sensationalized version of the case as a whole.

I salute the idea of doing a story on Pugh - an extremely obscure and peripheral character in the case - but how in the world would it be possible for you to conclude, based on EVIDENCE, that the trail leads all the way back to Manson?

And do you REALLY believe that corporately owned mainstream newspapers are forums of free expression?

I agree. I think that Davis killed that guy.

Also, Davis makes me wonder about that Darwin Scott guy that was supposed to be related to Manson's father or something that was killed about this time in 1969 in Kentucky.

There was supposed to be a guy visiting the Ashland, Kentucky area at that time calling himself "Preacher". It may have been Manson, but I am not sure. I don't think that Manson ordered that, but maybe he told Davis about him, and Bruce decided to kill him for some reason.

Just speculation, but you never know.

To believe Davis killed that guy you have to have a reason. We always have reasons for believing things. Can you work out why you think that?

Myself, I suggest that there is absolutely no evidence at all to support the idea. But I'd like to hear your reason for thinking it so.

I think Davis killed a lot of people because Davis enjoyed killing.

Okay, Frank, here is why I think that Davis COULD have been the one to off Darwin Scott:

1. He was the brother of Manson's biological father, Col. Scott. Also, people claim that Manson's group was in the area at that time. Manson may have said something derogatory about him, and in Davis's sick mind, he may have considered it a reason to kill him.

2. He was stabbed 19 times with a knife that was in his own kitchen. That is the type of overkill that some of Manson's associates used. I also thought that I read somewhere where it said that he was pinned to the floor, but I am not sure.

Okay, Frank, here is why I think that Davis COULD have been the one to off Darwin Scott:

Right – let’s have a look. I like your emphasis on ‘could’.

He was the brother of Manson's biological father, Col. Scott.
A great many people have brothers but I think we can disregard that as a motive for murder.

people claim that Manson's group was in the area at that time.
Most definitions of Manson’s ‘group’ would include so many people who drifted in and out of the sphere of Manson that it is almost inevitable that some of them would be loosely speaking ‘in the area’ in the general time frame. But being in the area is at best circumstantial.

Manson may have said something derogatory about him and in Davis's sick mind, he may have considered it a reason to kill him.

I appreciate the ‘may have’. Manson must have said derogatory things about many people, but that doesn’t mean that they were all going to be killed.

He was stabbed 19 times with a knife that was in his own kitchen. That is the type of overkill that some of Manson's associates used.

As did many others .. multiple stab wounds was not a monopoly of the ‘Manson associates’

I also thought that I read somewhere where it said that he was pinned to the floor, but I am not sure.

And if he had been, … would that make Tex more likely to be the killer.

I appreciate your attempts, but forgive me if I remain unconvinced. To pin a murder on a suspect we need means, motive and opportunity. Your ‘theory’ can only do this circumstantially (he knew how to use knives, he may have wanted to off Darwin to curry favour with CM, he may have been in the area) but it doesn’t go far towards proving without reasonable doubt that he did these things. And your use of the tentative ‘may’ and ‘might’ suggests you’re not too convinced either.

All this with respect

I agree, Frank. I am not definitely convinced that Davis or any other person that lived with Manson killed Scott. I am just saying that it is possible because they didn't seem to find any strong suspects in Darwin's hometown to interrogate, so there is a possibility of an outsider doing this. Maybe Davis, maybe not.