The Harlot Who Wouldn't Die 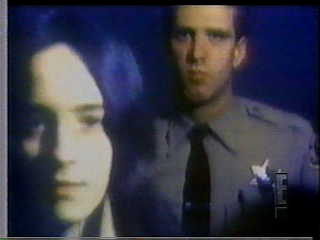 Now, a hearing that is perhaps her last chance at freedom has been abruptly put off until September.

Her lawyer husband doesn’t know if the 61-year-old Atkins will make it. But that’s fine with the family of Tate, among seven people killed by Manson followers in one of the most notorious murder cases of the 20th century.

"They all should live out their natural years in institutions," said Debra Tate, the younger sister of the slain actress. If they are released, she said, "I can’t trust that they won’t inspire other individuals to do similar acts."

It’s been more than a year since prison doctors gave Atkins only a few months to live. She lost a bid for compassionate release from prison last July. Now, her parole hearing, initially scheduled for last week, has been delayed three months because parole board members were unavailable.

"I don’t know if she’s going to make it through that long," said her husband, James W. Whitehouse. "She is deteriorating."

Whitehouse said his wife has undergone surgery to remove a brain tumor, is paralyzed over most of her body, can’t feed herself and has lost most of her ability to speak. Still, Whitehouse said, Atkins plans to attend the hearing, even if she is on a gurney.

The gruesome murders that made the cult infamous were discovered on Aug. 9, 1969, when a maid ran screaming from the home shared by Tate and her husband, director Roman Polanski.

Five people were killed in a ritualistic manner, including Tate, who was 8½ months pregnant; coffee heiress Abigail Folger; and celebrity hairdresser Jay Sebring. Two other people were killed at another home. Polanski was not at home at the time of the slayings.

Atkins admitted stabbing Tate to death even as Tate begged for her life, claiming she and other cult followers acted on orders from Manson and were on LSD.

The chaotic, nearly yearlong trial concluded with Manson, Atkins and two other followers, Patricia Krenwinkle and Leslie Van Houten, convicted and sentenced to death. The sentences were commuted to life when the death penalty was temporarily outlawed in the United States in the 1970s. They all remain in custody.

Deputy district attorney Patrick Sequeira said he planned to argue that "the enormity and the severity of the crimes" weighs against granting her parole.

At a hearing in 2000, Atkins acknowledged, "I sinned against God and everything this country stands for." She said she wanted to make amends for what she did.

Whitehouse, 46, said his wife has made him a better person in their 21 years of marriage and should be released, if nothing else, to save taxpayers her hefty medical expenses.

Debra Tate, 57, the last surviving member of her family, said brain cancer can go into remission and she doesn’t know if Atkins’ condition is as grave as her husband says.

She said she remains in touch with her sister’s widower, Polanski, and feels that he has designated her the keeper of the victims’ rights in the case. Polanski remains in exile in France, having failed recently to get a decades-old child-sex charge dismissed.

Although many life-term prisoners have come and gone from behind bars while Atkins was incarcerated, none of the Manson killers has been paroled. Krenwinkle and Van Houten remain at the California Institution for Women at Frontera. Every few years they appear before parole boards and ask for release. Manson, now 74, has ceased to request parole.

Col's Note- Debra "feels" this way like I feel I need a scotch.

Email ThisBlogThis!Share to TwitterShare to FacebookShare to Pinterest
Labels: Sadie

Never will I feel even a fleeting moment of sympathy for savage Sadie.
However, I am very curious about the statement from Debra Tate: She said she remains in touch with her sister’s widower, Polanski, and feels that he has designated her the keeper of the victims’ rights in the case.
Really? Has he designated her the keeper, or is this what she has designated herself as? It would be very interesting to hear what, if anything, RP has said about this. Sorry if this sounds unfair, I am just asking questions.