FORTY FOUR YEARS IS A LIFETIME AGO

On this day two years ago The Col received some awful news.  It indicated a battle ahead, a battle that would be hard and fraught with peril.  Now, after much effort and stress. that battle appears won.  Also on this day forty four years ago five persons, the "Beautiful People" were slaughtered by some drugged out losers.  We continue to search for the reason why this happened.

It is almost unbelievable that the short, ex-con nothing that was convicted of these murders without being present at them is still with us, still in jail.  Manson has done more time than anyone can imagine.  He's not sorry for what happened, and revels in the notoriety.

I don't think any of the killers expected society to change the way it did.  Hell, even the mailman stalking prosecutor expected most of the killers released two decades ago.  The true believers fall by the wayside.  Sandy doesn't have much to say these days. Squeaky hasn't given a single interview.

By some miracle of fate, the crimes aren't called the "Tex Watson Slayings" like they should be.  Tex is still in prison, still trying to convince people he's sorry and talking to Jesus.  Sadie has gone off to her resting place, having been told by Tex's God "Look, Bitch I got no mercy for you."  Katie has accepted her internment.  Leslie sits perplexed, believing that she should have been out long ago.

Bobby and Bruce must be the most frustrated.  By every single fiber of the law they should have been out and about ages ago.  It must be so insanely upsetting to realize they never will be.

Today is August 9, 2013.  Somewhere Voytek's family, Sebring's relatives, even Sharon's sister, somewhere cutting through the circus that this all became and to a large extent remains, somewhere they sit and weep this day, if only for a second, for the horrible deaths, for what was and what should have been.

There have been far worse killings since those committed by Tex Watson and his girl friends.  Hell, there have been far worse killings in the world since last week.  But there has never been a perfect storm of famous people slaughtered unexpectedly in their own homes by killers who weren't even sure why they were doing it, coupled with a narcissistic prosecutor willing to invent a tapestry of fictional motives to inflate his own legend.

We continue to seek the truth behind these murders.  It is, as the TV Show used to say, out there.

Meanwhile we reflect today on what actually happened and the loss.  Would the Abigail Folger foundation be the United States' number one charitable institution?  Would Voytek be a famous filmmaker, helped by his pal Roman?  How many children would Sharon have raised?  Would we all be going off to Sebring's national chain of Stylists for men?

Today is August 9.  If you are a true student of the case like I know you are, take 30 seconds and reflect on what that moment must have been like, when four home invaders showed up at Cielo to kill the occupants without mercy.  Then hug someone you love.  And have a nice day. 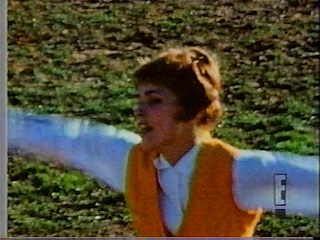 Great to have you back, Col. Nice tribute, too.

Thanks man. I am tan, rested, and ready for action. We are gonna find that pesky motive if it is the last thing we do.

I think we need to talk to Frank.

In seeking "that pesky motive", I am curious if the Col has ever confronted or just talked with Robert H. about the inside info he supposedly has that he can't reveal till Manson's death.
Also, one other thing, I seem to recall reading on this blog awhile back that the Col had direct contact with Nancy Pittman. Has the Col ever had dialogue with her about motive??
Battling the C myself now, I am cheered the Col won. And it is a treat to have him bloggin again.

Wow. Hope you're back for good.

RIP, all the victims.

Leary you are in my thoughts. Hang tough, man. xo

Beautifully written. So glad to see you back, & to hear of the good outcome. Onward towards truth!

Nancy didn't want to talk motive she just wanted me to understand that Steve Grogan had showed his cock to little kids by accident.
I think the Hendrickson secret information is a myth. Like Debra Tate's actual weight.

thanks all for thoughts. we all got our battles.
interesting info Col. I have always felt that way about Robert's info too. Nothing personal against him, just don't buy it as being anything conclusive or of substance.
Nancy remains by far the most interesting TLB player for me. She was dancing naked with Charlie on the porch 44 years ago last night, was she not, as the idiots returned. She's gotta have some unique insight into that pesky motive.

Leary, sending healing wishes and distance Reiki to you. <3

... And am I wronger than wrong for spending the better part of the morning trying to figure out how someone shows their cock to kids "by accident"? (More shades of Clem's "crotch ripped out of his jeans from horseback riding" explanation of his child molestation bust.). If that's all she wanted to discuss, I'd love to know why she didn't embroider or crochet him some kind of cock-cozy, or patch his jeans to prevent those pesky accidents from happening when kids are around. Priorities: ball-patches first, vests last.

Just for clarity, I don't believe Hendrickon has been spewing for years (as some have recently claimed) that he is withholding inside information until Charlie dies. I think he said something to that effect to MaxFrost, who mentioned it recently in a post over at EL. On July 26, Hendrickson confirmed this:
YES, I did reveal to Max that I am withholding info regarding the reason for the massacre - until Charlie dies.

Thanks Matt. My recovery is coming right along. Spent a few days in the hospital and got home last Friday. I'm gaining a lot of weight. I think I can hear myself getting fatter. Metabolic disorders suck but I'm getting better.

Others can speak to this with more knowledge, but your post is dead wrong Cindy Lee. And your use of the word 'spewing' is inflammatory, it's the kind of thing that starts these blogger spats. The simple fact is that I have been aware of Mr.Hendrickson's claim for years, long before his comment to your pal. And others I am sure can testify to that. Actually, I don't have a copy of his book but I seem to recall Matt referencing me to comments by Robert in the book with regards to the claim. So it has been out there for awhile. Sorry, but your "clarity" is muddled at best.

Perhaps, Leary, you inferred it as inflammatory, but I didn't mean to imply it as so. Actually, I've read the word "spew" elsewhere regarding this. Would love someone to quote Mr. Hendrickson's book about this subject!

yeah, okay, I just felt a bit of snideness to your comment. If I interpreted it incorrectly I apologize. Ask Matt about the reference in the book, I am sure he was the one who said it to me.

No snideness. If you'll ask the question on EL, I feel sure Matt would answer you.

Nice Tribute...But you seem to have forgotten Steve Parent. Please add him in your list of victims too.