Hopelessly Devoted To You 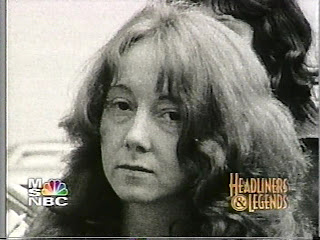 The two women who tried to assassinate Ford have come to embody an era's extremism.
By John M. Glionna and Larry Gordon
Times Staff Writers

They are joined in a strange sisterhood by a pair of unhinged acts: In the autumn of 1975, 17 days apart, each tried to assassinate President Ford, who died this week at age 93.

Today, Lynette Alice "Squeaky" Fromme and Sara Jane Moore are serving life sentences in federal prisons in Texas and California, respectively. The once headline-grabbing names have become historical footnotes embodying the extremism of a tumultuous era.

Three decades ago, Fromme was a red-haired flower child from Santa Monica, a Charles Manson handmaiden who gouged an X in her forehead in devotion to the mastermind of the Tate-LaBianca murders.

Moore was an accountant, divorced numerous times and a mother of four. Of her attempt on Ford's life, she said, "There comes a point where the only way you can make a statement is to pick up a gun."

Although the two would-be killers' roots are different, their plots were both symptoms of the 1970s, the "goofiest decade of the century for California … in terms of its sheer ominous weirdness," said Kevin Starr, USC history professor and state librarian emeritus.

"Moore's style was middle-class, whereas Squeaky Fromme was a genuine cultist. Moore represented the individual derangement of the period and Squeaky the social derangement," said Starr. The assassination attempts — Fromme's in Sacramento and Moore's in San Francisco — also contributed to "an atmosphere of lawlessness" in Northern California, Starr said, compounded by such 1970s events as the Patty Hearst kidnapping, the slaying of San Francisco Mayor George Moscone and the mass suicide of the Jonestown cultists.

Others say the acts symbolized an unraveling of American society in the aftermath of Watergate and the Vietnam War.

"A lot of people were rolling around unmoored, finding a reason to believe there was a political or conspiratorial explanation for their inner upheaval and concluding if they could only act on their impulse, they could save the world," said Todd Gitlin, professor of journalism and sociology at Columbia University and a former leader of the Students for a Democratic Society whose books include "The Sixties: Years of Hope, Days of Rage."

Fromme, now 58, became the first woman to try to assassinate a U.S. president when on Sept. 5, 1975, she burst through a crowd at the state Capitol, dressed in a nun's robe and with a .45-caliber pistol strapped to her left leg.

She pointed the weapon at Ford from two feet away. Though it was loaded, there was no bullet in the firing chamber. A Secret Service agent disarmed her and slapped her in handcuffs.

At her sentencing, when the judge said he believed she would have killed Ford if she could have, Fromme shouted: "You fool! I'm trying to save your life!" She later threw an apple, hitting the federal prosecutor on the head.

Now at Federal Medical Center Carswell in Fort Worth, Fromme has been eligible for parole since the mid-1980s but has yet to request her freedom.

"Her position has been consistent: She didn't kill anyone and is not sorry. She's not asking for sympathy, mercy or a second chance," said Jess Bravin, author of "Squeaky: The Life and Times of Lynette Alice Fromme."

"She says she didn't intend to kill Ford. She felt she was taking important symbolic acts, calling attention to acts she considered out of line in the world: the continued incarceration of Charles Manson and what she perceived as Ford's hostile policies toward the environment."

Moore, 76, is at the Federal Correctional Institution in Dublin, a low-security facility for women about 30 miles east of San Francisco. Officials there would say only that she is part of the general population, lives in a cell with two or three other people and works prison jobs seven hours a day, five days a week.

Moore could be released Sept. 21 if she applies for parole and the U.S. Parole Commission decides she has a good prison record and is not likely to commit another crime. "If she does apply, we can still say no," said Tom Hutchison, the commission's chief of staff.

She grew up in comfortable circumstances in Charleston, W.Va., where she is remembered as smart but aloof. She became an accountant and later an FBI informant. While living in the Bay Area, she became involved in radical politics and volunteered for a group that oversaw the distribution of $2 million in food, a ransom demanded by the Symbionese Liberation Army after its kidnapping of newspaper heiress Hearst.

Moore fired at Ford on Sept. 22, 1975, as the president was leaving a speaking engagement at the St. Francis Hotel. Her single shot from a .38 revolver missed after Oliver Sipple, a disabled Vietnam War veteran, grabbed her arm and pulled her down. (In the publicity, newspapers identified Sipple as gay, and he later unsuccessfully sued for invasion of privacy.)

Federal public defenders were preparing an insanity defense for Moore, who had received psychiatric treatment several times in the past, but she pleaded guilty over her lawyers' objections. As she was sentenced to life in prison, Moore expressed mixed feelings about her actions.

"Am I sorry I tried?" she said. "Yes and no. Yes, because it accomplished little except to throw away the rest of my life…. And, no, I'm not sorry I tried, because at the time it seemed a correct expression of my anger."

In a jailhouse interview, Moore said she had not been inspired by Fromme, whom she called "insane" and described as "seeking all that attention."

Frank Bell, one of Moore's former federal public defenders, recalled her as "a cipher, a question mark," whose reasoning raised doubts about her sanity. "Her conduct was sort of a shopping list: 'Take my son to school, shoot the president, pick up my son from school,' " said Bell.

Both she and Fromme were united as characters, along with other presidential assailants, in the Stephen Sondheim musical "Assassins," which won a Tony Award in 2004 for best musical revival. In that show, Moore is portrayed as a bumbler who has trouble even finding the gun in her purse and Fromme as a fanatic who sings of her "Charlie."

In the end, neither assassination attempt hurt Ford or changed his policies. In an interview with Bravin, Ford said Fromme's actions that September day probably boosted his public standing.

"He said for better or worse, he wasn't an emotional guy and that he didn't get that excited" about the incidents, Bravin said.

"It was frightening when it happened, but he moved on."
Posted by ColScott at 10:46 AM

"Moore could be released Sept. 21 if she applies for parole and the U.S. Parole Commission decides she has a good prison record"

I still haven't heard anything from an authoritative source about Fromme's parole hearing. Did she even attend the hearing?