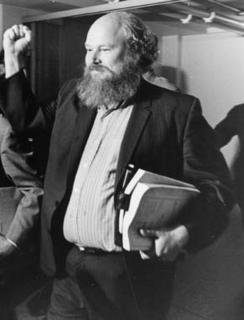 I know, some of you wish I would stop the obsession with the errors of KTS. But after half a month of almost no posts, followed by banal "why aren't they rescuing the kitty cats too?" posts, they finally post something new, a Friday Case Fact...

As attorney for defendant Leslie Van Houten, Hughes tried to separate the interests of his client from those of Charles Manson. He hoped to show that Van Houten was not acting independently, but was completely controlled in her actions by Manson.

Hughes decision to pursue an independent strategy almost certainly cost him his life. On the last weekend of November, 1970, Hughes disappeared while camping in a remote area near Sespe Hot Springs. His badly decomposed body was not discovered until four months later. Although no one was ever charged with the murder of Hughes, at least two Family members have admitted that the killing of Hughes was a "retaliation murder" by Manson.

Except not a word of it is true. He drowned in an area where there was flash flooding. He was obese and could not get away. NO ONE including Bug still believes he was murdered.

Think logically- if there were retaliation murders why did they stop? Who was retaliated against? Why not kill Bug or Kay?

Why does KTS continue to promote untruth?. This is from a Lisa, but it could just as easily be from that Old Goat Janice.

I mean- have a commitment to your subject!

I so happy Lisa has taken time away from her busy career selling out Sharon on EBay. OOPS I forgot She and her friend who runs the Official Sharon board only play the good guys in front of the camera. Sorry gals for blowing your cover. Hope Debra doesn't read this. But maybe it's time she add two and two...

I think Ronald Hughes died without any help from another person. I find it difficult to believe that someone from the family killed him. Like you said, why weren't there others killed as well. I don't really thing VB was ever in any real danger. Besides, most of Manson's willing killers were behind bars.....

If it wasn't for Lisa making blood money off of Sharon on Ebay, she'd have no income at all. She might actually have to get up off her ass and work.

DebbieBlackSheep said...
This comment has been removed by a blog administrator.
1:30 PM, September 09, 2005

lisa makes my bum itch. she is dirty.

Wow even I am impressed by the hatred.

What does Lisa sell on ebay?

Here is her Ebay profile:

She sells poor quality Sharon Tate photos that she prints off on her computer printer at home. Pretty pathetic if you ask me, making a buck off of Sharon. Why not get a real job?

there is nothing wrong with selling pictures of sharon. least the pictures she sells are authentic. it's the guy who sells the fake nightgowns and other crap claiming it belonged to sharon that pisses me off. and if that is lisa's only source of income, she must be the poorest person on ebay because she's not getting high dollar amounts. i'm sure debra is quite aware of all of this. lisa and paige are best buddies and paige is the most obsessed person i've seen related to this case. she's shoved so far up debras ass she must be a hemorrhoid. it's paige that has the issues. she thinks she is sharon.

Paige is a lunatic.

paige is an alcoholic with multiple personalities. srsly.

paige runs the official sharon tate message board and sharon tate candids with lisa. she is beyond obsessed. she thinks she is the spokesperson for sharon. and shes the lap dog for debra

i been told she does not really speak to debra but she goes through her spokesperson chris s. i been told some other bad things. she is a bad person. very mentally ill. very dirty. her and lisa make a great pair. srsly.

Wow
Is Chris S Chris Simmons?
I remember him from some old school boards.
Borderline retard.

yes chris s is chris simmons. don't know where he is any more. think paige ate him. every one who gets praise from board members seem to disappear. she can say what ever she wants now and any one who knows the truth is not around to correct her. scary. paige is crazy.

paige is always saying that she'll call debra and ask her this or that. according to her they are in constant contact. i think paige is probably attracted to debra. thats why shes so fixated on her. or even worse, she really believes she is sharon

Paige lives in a fantasy world where she thinks she is a member of the Tate family. Needless to say, she has major mental problems. If Debra Tate had any sense, she would cut all ties with her. The woman is a stalker. I would not be surprised if she puts on a wig and pretends to be Sharon at home. And yes, Chris S is Chris Simmons, the borderline retard from the old message boards.

wow, I have no idea who any of these people are that you folks are referring to (except of course Debra Tate) but this is some wacky wacky shit!

wacky but true. i would not lie about this stuff. what every one is saying is true. don't know them either but sadly they do not lie. paige is crazy. she needs help. don't know why her husband does not get her the help she needs. very sad. very sad too that debra has these people around her. she hates people who are sane and has all these crazy people around her or trying to be around her, like paige. very sad. don't even want to think of the crazy people doris and patti had around them. know about bill and robin and do not want to know about others. paige takes the cake in the crazy race though. srsly.

Well at least they can express their feelings here-- I honestly only barely follow it, but I am banned from your site for telling the truth and Lisa is allowed to post something called a CASE FACT that is pure bullshit.

colscott thanks for this blog. at least we know where we can say the truth and not be censored. this blog is much better than kts. good job and thank you.

Thank you for your comments, although this is not a competition. I am not trying to be better than KTS- how can I without endless replies to subjects COMPLETELY unrelated to the case?

Again, I don't know any of the people being discussed, but the image of some crazy person pulling the shades down in her apartment, dressing in a bikini bra and panties with a long blonde wig and reciting lines to no one in particular like "I just want to have my baby!" made me almost piss my pants.

Maybe I'm a sick person for finding that image both shocking and humorous at the same time (NOT the image of the REAL Sharon - that would not be funny at all - , but the image of a wannabe impersonator getting their kicks that way). Sounds like something out of a John Waters movie.

I'll say the posters here are nothing if not entertaining!

DebbieBlackSheep said...
This comment has been removed by a blog administrator.
7:10 PM, September 11, 2005

funny how only her friends say she talks to debra. tells many truths right there. you may say we are the crazy ones but the person doing these evils deeds is truly the insane. we only reveal her deeds.

Anyway...I'm inclined to agree, Mr. Hughes probably was too obese to get away and simply drowned. The timing of his demise was fortunate for the prosecution team.