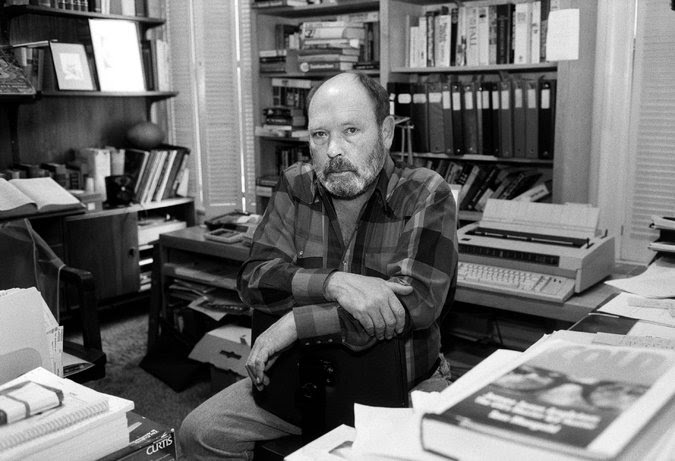 One of my all time favorite books. Along with The Amityville Horror- it is one of only two books which have ever scared me as much as a movie. This book both put me in the moment several times in an extremely uncomfortable way, and also laid out the timelines and facts in a methodical and linear manner.

The Story itself was unlike any I had ever read, and sparked a life long obsession with the times and areas associated with the plot.

For many years, on many sites,with many people- I have debated the validity of those two words as possible motive for the TLB crimes. I don't know if, at the end of the day, it was the motive or not....

I do not know if Curtis Gentry really believed it or not.

I do know that he was brought in to do a specific piece of work, and after all these years of reading and re-reading that work - I am fascinated by,frightened of, and forever grateful for- the excellent work he did...

While we kill each other over the why- we should take a moment to appreciate the job they did of telling the who, what , where, and when.

To me it doesn't get much better.

I have heard of the Tate-LaBianca murders but haven't checked out "Helter Skelter" yet. I have been reading a lot of Ann Rule since finding out that she has updated all of her books to ebook format! http://www.planetannrule.com/ The latest book I have read of hers is "The Stranger Beside Me" a haunting first look into the real life of Ted Bundy. Can't wait to read them all! I will definitely be checking out "Helter Skelter" as well!

Helter Skelter was one of those unforgettable stories. What an incredible experience it must have to been have co-written the book. I didn't know about Ann Rule's website, Becky, thank you. A Stranger Beside Me is an excellent read.

I agree, and you are welcome!

Spell to fix your broken marriage or relationship problem or after a divorce or Breakup,I was recently scam by two of them, until one faithful day i meet a man called Dr Oselumen who help me to get back to the father of my kid after we have been separated for two years,I only pay for the items required for the spell and he cast the spell for me within 24hours my ex husband called me and beg me to forgive him for everything until the end of the world he will never leave me again we are back together.if you need a real and quick love spell or you are passing through pregnancy problem Dr Oselumen is the answer, Please if any body needs. LOVE SPELL,LOTTERY,PREGNANCY SPELL, DIVORCE SPELL,STOP COURT CASE AND WIN ANY COURT PROBLEM,DEATH SPELL,BUSINESS SPELL AND MANY MORE YOU MAY NEED. Email him now for your own help. via email droselumen@gmail.com add him on whatsapp line or call +2348054265852.

See if he has a spell to give you a new brain.