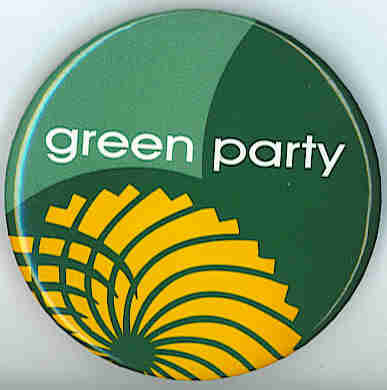 Charles Manson, the notorious cult leader, has broken his 20-year silence, and is speaking out about global warming.

Manson, now 76 years old, was accused of brainwashing members of his commune known as “The Manson Family." He was jailed 40 years ago for orchestrating the murders of eight people -- carried out at his instruction -- including Roman Polanski’s pregnant wife, Sharon Tate.

The Telegraph reports that during a recent interview with Spain’s Vanity Fair magazine, Manson warned of a danger that he thinks is greater than himself -- global warming.

Manson said, "Everyone's God and if we don't wake up to that there's going to be no weather because our polar caps are melting because we're doing bad things to the atmosphere… The automobiles and fossil fuels are destroying the atmosphere and we won't have air to breathe.”

Before trailing off, Manson added, 'If we don’t change that as rapidly as I’m speaking to you now, if we don’t put the green back on the planet and put the trees back that we’ve butchered, if we don’t go to war against the problem...'

According to The Daily Mail, Manson is also a founder of ATWA (Air Trees Water Animals or All The Way Alive). The mission statement warns of the planet’s destruction from pollution.

Charles Manson is likely not the advocate that environmentalists would like on their team to fight climate change. Will Manson's comments bring further controversy and political ammunition to an already hotly debated issue, or are they to be disregarded as the ramblings of a madman?
Posted by ColScott at 12:17 AM

Charles has been interviewed on the radio, on international television, in a biker magazine, numerous times on the Internet. His letters are published in several places.

His speeches can be read on Manson Direct and Order of ATWA, and heard live on Air Trees Water Animals and Backporch Tapes. And he was interviewed at length for Marlin Marynick's book.

The only "twenty year silence" has been imposed by our own government in violation of the First Amendment by not allowing American news media to interview Charles in prison.

This article is misleading. There hasn't been any twenty-year silence by Manson.