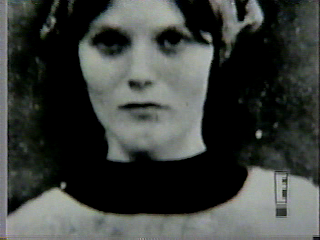 Charles Manson's lookout driver will tell her story to viewers for the first time in decades in a History special on the Manson Family murders.

For the 40th anniversary of the shocking Hollywood murder spree, the network has scheduled the two-hour "Manson" on Sept. 7. It features an extensive interview with Linda Kasabian, who stood guard while her fellow cult members murdered actress Sharon Tate and others.

The star witness for Manson's prosecution, the reclusive Kasabian hasn't been extensively interviewed since an "A Current Affair" special on the 20th anniversary of the murders in 1989.

The special recounts the nine months leading up to what Manson dubbed Helter Skelter, a two-night murder spree that he and his LSD-addled followers thought would incite a race war.

I'm curious why she's telling her story again.. Has it changed from the first time she told it?

OMG, I sooo wish I could throw in a few questions of my own. "So, is it true you and Charles only exchanged 25 words before that fateful night? Don't take much to brainwash you, eh? Ain't it true that "the family" didn't take away your children, instead, you were dropping so much LSD that you couldn't possibly care for them without assistance? Like, um, forgetting to feed them? HOw much of your testimony was manufactured by the prosecution?"

I suspect that she needed some quick cash.

Another long inaccurate kasabain story...who knew she has been hiding these 40 years?