Who Gets the Money? 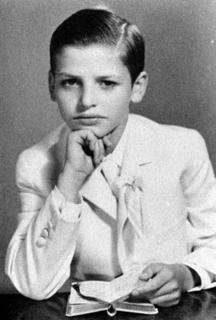 Today on KTS Heaven tries to answer an important question and rather than giving her usual hatched answers from a book, admits that she is not sure of the answer.

They want to know who gets the money.

What money? Any money made off the Tate/Labianca murders by the killers. Under the Son Of Sam Law enacted in the 1980s, the killers are not permitted to profit from their crimes any longer. By any longer, I mean it is likely that Sadie could have made money from her CHILD OF SATAN, CHILD OF GOD book, except I believe the author took her share and vanished. But she wrote that BEFORE the SOS Law.

But there has been a lot of money generated- by Charlie and his music. I believe that just the Guns and Roses recording alone generated close to half a million dollars. Now, this would NOT be covered under SOS...it is unrelated to the crime, though you could argue that Charlie's fame now is related.

So Geffen records wanted to disburse the money and NOT give it to CM. Oh look, young Bartek Frykowski, son of the drug dealing friend of Roman's, had filed and won a judgment against Charlie in 1971 that with interest now equals millions. Here you go kiddo, you get some cash.

So all the music royalties from G and R to Lemonheads have gone to the grown up son of Voytek for the last 15 years give or take.

Glad to explain it all for yas!


---edit
Frequent Commentator Shelby445 points out that Bartek died a year or so ago. She is correct- but the judgment still stands and goes to his estate. Here is some convoluted plea from Sadie to give the estate money....
Posted by ColScott at 8:10 AM

i'm sorry i must correct you. here is heavens post to kts regarding the money made from the books. i am copying and pasting it word for word.
Nope, the killers cannot profit while in prison...

I don't know where the money goes, but they don't get it

I only buy my books used anyway....

Heaven
she never said she wasn't sure of the answer. she said she didn't know who got the money. i don't see anything wrong with what she said. alot of people don't know or care where the money goes as long as the murders are not getting it.

I am sorry- you are behaving humanly and I am trying to respond in kind.

"Heaven is not sure where the money goes"

Is there a difference? HONESTLY help me understand your point.


And in any case, your last sentence is true and I agree!

i really don't think the average person takes the time to worry about who is making money off these book deals. i know i don't. heaven not knowing exactly where the money goes isn't a big deal. it's obvious another person didn't know either or they wouldn't have asked the question.

Omigod it's the end times- I agree it is no big deal- I was just answering for them anyway!

No No I was laughing because we agree.
all is good!

oh ok hehe
heaven is alot like the rest of us. she was not there when the killing took place, obviously. she says she was i think 3 at the time and didn't start showing an interest in the case until somewhere in the 1980's. so she is like alot of us, only knows what she has read. but like most of us she has made it clear that she doesn't believe everything she has read. but in all reality most of us will never know anything beyond what we read.

Shelby
which is why I have gone out and interviewed Bobby, Stovitz, Brunner, Grogan and others so you don't have to.

you obviously have the resources to do that. most of us don't and even if we did we wouldn't know where to begin. i would like to interview manson just so i can watch him act like an idiot in person hehe. it's great that you have been able to do that the only part that always upset me was you said you had the knowledge and i believe you do. but you kept insulting those trying to gain your knowledge to the point where they no longer wanted to hear anything you had to say. i'm not trying to insult you. i'm just speaking honestly from everything i saw. i always wanted to read what you had to say about the case but i got tired of weeding through the insults and put downs. but if you contacted denise or heaven and told them you wouldn't do that anymore i'm sure they'd let you come back. it's worth a try at least.

I did that with Denise in March...
That Heaven person cannot bear to hear the truth...irrationally hates me...
But as you have seen, I can be handled professionally.

i know that heaven has told me that denise has the say in whether or not you can come back. if denise says no, it's no. i don't think heaven hates you, she has never said she does and we've talked quite a bit lately. i disagree about heaven not wanting to know the truth. she is an excellent debater in this case and has made several great points when we do have debates. she has even said many times that she loves a good discussion. and lets be honest, she is not ignorant about this case. she does know quite a bit. i know i have learned alot from her. she even says that she is not an expert. but everytime she posts something she backs it up with a book page or a weblink and each time i checked she wasn't wrong. there are alot of very smart people on kts. i have learned a great deal there.

Well she does hate me--- everything you say may be true but the hatred really runs rampant.
She is a great debator that is clear.

she doesn't hate you she has told me so. i'm sure that if you sent her a polite email she'd answer you politely. there are many good debators on kts and i love it when we get a good one going. it's so much better than the jhonny depp posts and the help me name my dog posts hehe. seriously though email her and denise. put the past to rest and bring your knowledge that i know you have back into the group. these people love to chat about the case.

I wish you were right....but this is a woman who accused me of something reprehensible... now I know she was led to believe that by some clown...but then apparently STILL believes it might have been me. I can't trust her.

I still write to Denise regularly- we both know Barbara Beausoleil well.

I REALLY appreciate your suggestions. Thank you.

Yes Bartek died a year ago...but the judgment would flow to his estate.

Thank you I am clarifying now

i know about the crime you were accused of. i was there in the group when it all came out. heaven has asked me not to discuss it here and i won't. i don't know if she believes it was you or not because she refuses to discuss it. she just wants it dropped and forgotten. that tells me that if she really thought it was you she wouldn't mind me discussing it. i think she has put it behind her and just wants to forget it ever happened.

this week in a post she said that I was not proven "innocent"...
well even being accused of such shit ruined a whole long weekend for me because I could not deal with the falout from such an unstable person...
I was proven innocent simply because I didn't do it and she tracked down who did...but anyways...you see why going back while she is there is not an option

What was the crime? I think you have a lot of great information that should be discussed.

like i said she won't discuss it. not here there or anywhere. i tried to get her to explain it to me and she politely said she'd rather not discuss it. has she ever brought it up to you privately?

also try to remember that earlier this week she was probably upset about her name being bashed here. maybe that had something to do with what she said about you not being proven innocent.

Well, I still think this guy knows a lot about this case. There are a lot of personalities at KTS that often conflict, and some people voice their opinions in different, sometimes offensive ways. However, that is their way of conversing. I think the exchange of information could be more valuable than taking things personally. Just my opinion....

he does know a lot. many people on kts do as well. there is lots to be learned from them.

Yes, I agree. I think as collaborative group, both sides could learn a lot. I enjoy KTS and some of the discussions that take place there, too.

kts is an excellent place for new people to come and learn about this case. as long as the aren't posting about depp and dogs hehehe

i have to go but i will probably pop in later. i still say that if you try contacting heaven and seriously talk this thing through everything will be fine. i have gotten to know her and she seems like a very forgiving person. she doesn't believe in living in the past. it is at least worth a try. what is the worst that could happen? have a good afternoon.

Does anyone know the cause of Bartek's death?

As far as I know he committed a harakiri-style suicide with a kitchen knife. His daugther Agness (Agnieszka Frykowski) is an actress wannabe and she took part in the Polish version of reality show Big Brother. She caused a stir by having a sexual intersourse with one of the other contenders live on TV. She also did some nude photos.