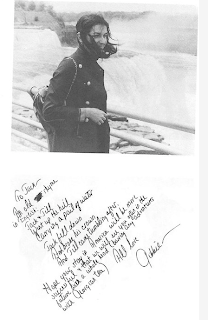 Sources and information agree that Sharon wasn't thought to be at Cielo that night. So there is no connection to the motive. Woman just was at the wrong place and the very wrong time.

Same with Parent. Whether he serviced Garrettson or got serviced by him (ummm I mean "tried to sell him a stolen clock radio") Tex and the gals certainly had no idea that he was up there. So wrong place, wrong time again.

I don't think they were after Jay. If they were, the motives include
1- Drugs
2- Drugs
3- Bad Haircuts
4- Tied up Naked Women (his thing)
5- Drugs

Examined in order
1- He used a lot of them
2- They were sold through the salons
3- Have you seen these things?
4- Could he have pissed off the wrong husband?
5-Did he have some drug connection to Tex who worked in a fully equipped Salon at one point?

Then we have Voytek. The motivations there include-
1- Drugs
2- Drugs
3- Polish Mafia
4- Drugs

And Examined in order
1- Doesn't seem like she did much more than smoke some weed. But her BF was a heavy duty user and dealer which brings this motivation into the equation.
2- Girlfriend was rich as hell, a bona fide heiress for god's sake. Who benefited by her death? Lt. Columbo would look into that.
3- She seemed to be ahead of the curve as far as equal rights and shit, at least by what we are told. Did the Establishment have a problem with this?
4- Goddamn Starbucks!
5- She supposedly worked at centers to help people get off Drugs. Did she meet a maniac or two there?

Looking at this all closely we have-
A- Lots of Drugs- which is the probably connection to everything if the killer knew Melcher was gone. But I don't think they DID know.
B- A big mess- why kill people for no reason, Tex you fucking animal!

Here's a newly uncovered photo of Abigail. It is lovely.

The Col Faces GoRightly So You Don't Have To 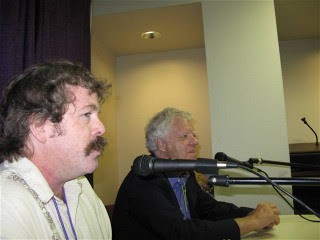 Adam GoRightly (not his real name anymore than Adam Gabriel is Clem's real name) is a poseur. He is one of these guys that fakes living on the edge. There's the other guy Brian Butler who is the same thing. Brian once interviewed Bobby and then tried to charge people to watch the interview- without Bobby's permission or knowledge. They are counter culture groupies.

Adam's first book on Manson was called THE SHADOW OVER SANTA SUSANNA PASS ROAD. Also known us "I read a lot of books and now I regurgitate them, look how slick I am." He promoted that book with a message board that he used to ban the Col from because the Col knows more than he does. I think the Col is even mentioned in one of the Chapters. Because when you are vomiting up information, somehow the Col matters to your readers.

Anyway he just published a new book. It is not actually published so no trees died for this shit. It is called A WHO'S WHO OF THE MANSON FAMILY. You can waste your money for it HERE.
It is only digital because that is what all the cool kids are using these days.

Never mind that fact that the entries on The Family are more thorough on CieloDrive.com or even the evil Mark Turner's site. FOR FREE. Or that you can learn 100 times more on Cat's site- this fucker only includes "Family" so he doesn't even address scores of other TLB subjects. Let me just give you three random reasons why this fucking just sucks it.

1- Mary Brunner is followed by Charlene Cafritz. Mary is THE founding member of The Family and the mother of Charlie's son. Cafritz is some society psycho who maybe visited the Ranch. Cafritz gets a longer entry than Mary. Fuck off Adam.

2- "Bernard Crowe lived at 7008 Woodrow Wilson Drive near Sunset"- I mean, douche, Sunset is actually miles (plural) from this house. Ever hear of Google Earth? You barely write anything in this book anyway shouldn't it be ACCURATE? Take five minutes and check the fucking map, ADAM!

3- "Haught's life was snuffed out and he truly became a Zero"- I mean fuck you sideways Adam- hard. You don't get to sound like Hunter S. Thompson or even sucky Ed Sanders without being talented and you aren't.

Book Report- Dear Class- this book could have and should have been so much more but GoRightly is just after your money. Stay the fuck away.

Email ThisBlogThis!Share to TwitterShare to FacebookShare to Pinterest
Labels: Books

There's One Less BUG to Lie to Us

To be fair, I think the original Helter Skelter miniseries is brilliant. It started the Col's obsession and fascination with this crazy world of TLB. Sure it is full of shit just like the book- but so riveting! DiCenzo was brilliant as the BUG. Smug, self important and pompous he really conveyed the BUG of the novel. There's two moments in the miniseries where he turns and breaks the fourth wall and looks at us- when he joins the case and when he ends the show. Chilling and wonderful. RIP George. Thanks to AB for pointing this out. Oh, btw he died August 9, althought not in Los Feliz.

Character actor George DiCenzo,who portrayed prosecutor Vincent Bugliosi in "Helter Skelter," died Aug. 9 in Newtown, Pa. He was 70 and had been in failing health since a near-fatal accident a few years back.

He toplined as the author of the book, Bugliosi, in the 1976 telepic on investigation and trial of cult killer Charles Manson.

Thesp, who attended the Yale School of Drama, led a career that spanned more than three decades.

In pics he was featured in pics such as "Close Encounters of the Third Kind," "Back to the Future," and "A Guide to Recognizing Your Saints," which was his last outing.

He also did voiceover for toons "He-Man and the Masters of the Universe," "Animaniacs" and "Mafia: The City of Lost Heaven," among others.

In 1992, DiCenzo appeared with Nathan Lane in the Broadway production of George C. Scott-helmed "On Borrowed Time."

In addition to acting, DiCenzo's voice could be heard on numerous commercials and in later years, he was an acting instructor in New York and Philadelphia.

Survivors include wife, Donna, a son, three grandchildren and a sister.

Once Upon a Midnight Dreary... 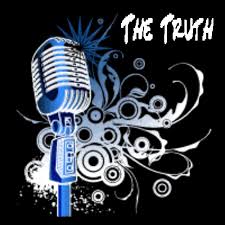 (been busy, will try to have more for you even though there doesn't seem to actually BE very much new)


So I am more convinced than ever than ever that Linda Kasabian knows more about what happened than she is letting on. And I theorize that she maybe did NOT know when the case was happening but that she knows now. Through the trials. Through the coaching of the BUG. Through just living the lie.

Think about it. Remember we all were shocked when Bug openly coached and corrected her on Larry King last summer? How obvious and fucked up was that?

But if you are going to sell the lie, as BUG did , then you need to make sure that the liars go along with the lie. And at some point that means they need to learn the truth. Otherwise how can you avoid it?

Amirite? I mean, when you tell your mom you weren't out all night you do so fully knowing what you WERE doing.

Long time readers know I think she should have gotten the chair like the rest of them. That there isn't an honest bone in her body. But in order to be successfully DIShonest doesn't she have to know at least some of the truth?
Posted by ColScott at 12:07 PM 15 comments: