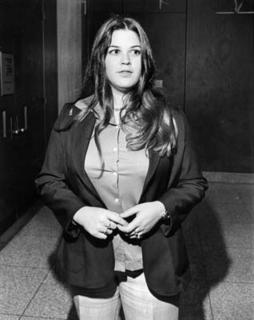 Bill Nelson used to run www.mansonmurders.com till his wife made him stop. He had pled no contest once to molesting some teenage girls, and then moved on to attacking the children of the Manson Family. He would sell anything. I mean, it was so sick at one point that he was even providing the addresses of Patti Tate's children after she died on his site until everyone made him cut it out.

One of the biggest scams he ever pulled was when he interviewed the born again Barbara Hoyt on his site and convinced people to pay big bucks to go with her and him on a Death Valley tour. She was known as "Desert Speaks" and she even sat for hours with Bill and recorded notes for a proposed book. I think she eventually realized that working with Bill was not such a good idea and she headed away- and Bill immediately and I don't know about legally, started selling copies of the tapes to the public.

Did any of you ever hear those things? Genius comedy. I feel bad that they tried to kill Barbara, but some of the things she says now- things she claims to have heard...just one more nail in the truth of this case.
Posted by ColScott at 1:50 PM