Anger is a Basic Human Emotion 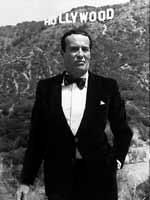 The wonderful agnostic monk over at KTS posts---

Prior to the Manson stuff, Bobby was very visible in the late 60's San Francisco music scene, the whole Haight-Ashbury thing. He was friends (or something, their relationship seems mysterious) with Kenneth Anger. Anger is/was a pretty out-there avant-garde filmmaker who is widely credited for giving birth to the modern music video. Anger cast Bobby in his movie. Supposedly Anger, who claimed to be into witchcraft/wicca/satanism (I know those things are not the same, but it's hard to tell exactly what he was into), put a curse on Bobby when they had a falling out and Bobby took off to L.A. Kinda makes you wonder about curses.

As usual, a little bit of studying of the case can help you figure this out, AM.

Bobby and Ken were lovers during a time when Bobby, or Cupid, or Bummer Bob as he was known, pretty much laid pipe with anyone and everyone. Photos of the time show Bobby as an extremely beautiful boy in his late teens. (It is easy to forget that most of these killers were less than 21 years old).

Ken Anger WAS an avant/garde filmmaker. He currently IS virtually homeless.

The stuff about Bobby stealing the print of a film (which he never shot) was made up afterwards as was the story about the curse that caused Bob's car to break down in fron of Spahn. Ken is a spolied 75 year old man who can't get his way and so likes to make up stories to sing for his supper. After three or four dinners with the man, you know his information is worthless.

Hell, Monk, check this out- BOBBY was in a movie with JAY SEBRING called Mondo Hollywood. They were never in the same scenes but they are in the same movie. Talk about Six Degrees of Tate/Labianca!
Posted by ColScott at 9:21 AM

Lol, Harold. thanks for the info. Bobby is fascinating (both his history and his present life). It's really too bad he had to go and kill Gary. Aside from the obvious reasons why that's a bad thing, he really messed up his own life which could have been so much more creative and amazing.

By the way, you won't think I'm so "wonderful" when you realize how much I stick up for Linda Kasabian.

I have my opinions which I defend zealously.

We don't have to always agree- that would be boring.