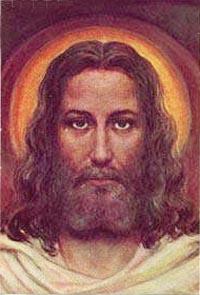 Why is it so many people want to be "LED" in their lives? Is it because they want some way of deflecting responsibility for their actions? In the 70s when I was a young Colonel, there was an expression that swept the country after THE EXORCIST- "The Devil Made Me Do It". Now it is "Jesus Made Me Do It." You can be Eric Rudolph and bomb innocent people, but you justify your actions by saying the Lord is to blame. Same with Andrea Yates- kill your own kids and it isn't your fault if Jesus told you to.

If I were Tex Watson and Susan Atkins I would have a very hard time ever waking up again. I stabbed a pregnant lady and many others for no reason that I knew of. After I snapped off the Fame Train circa 1973 and was in jail forever, I'd look for somebody to blame. Thus, they both found Jesus in prison. Jesus forgave them. They can carry on His work.

As the Church Lady says, "How Convenient!"

You would think that after allegedly following Charlie and his alleged commands they would be loathe to follow anyone else. But no- they now do the Lord's work- and if you won't let them breed or be free, then you suck and are against God.

The interesting one to me in this is Bruce Davis- my perception of him was that he was a hardcore badass. He wasn't the Zodiac like some fools would believe- he wasn't clever or even afraid. Yet he too has decided to blame it all on the Lord. I'm thinking there must be other stuff he did we don't know a lot about which drove him into the saving hands.