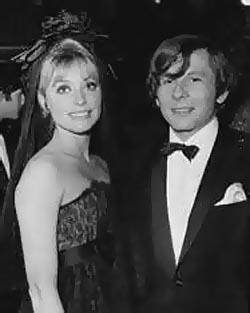 LONDON (Reuters) - Roman Polanski won his libel case against Vanity Fair on Friday over an article saying he tried to seduce a Scandinavian "beauty" soon after his wife was murdered while eight-and-a-half months pregnant in 1969.

The week-long trial was peppered with sensational details of the Franco-Polish director's sex life in the "Swinging Sixties" and raw emotion when he burst into tears while giving evidence.

Polanski also made legal precedent, becoming the first libel claimant to sue via video link from another country.

He is wanted in the United States after admitting having sex with a 13-year-old-girl in 1977, and could be extradited there by Britain if he appeared at London's High Court.

He cannot be extradited from France, where he was born and where he lived most of his life since fleeing America in 1978.

England's highest court ruled in February that the 71-year-old should have access to justice despite his crime.

"It goes without saying that, whilst the whole episode is a sad one, I am obviously pleased with the jury's verdict today," said Polanski, who won 50,000 pounds in damages.

"Three years of my life have been interrupted," he added in a statement. "Three years within which I have had no choice but to relive the horrible events of August 1969, the murders of my wife, my unborn child and my friends."

He said the article, published in July 2002, "could not go unchallenged".

"The memory of my late wife Sharon Tate was at the forefront of my mind in bringing this action."

"As a father of four children, one of them a 12-year-old daughter, I find it ... outrageous that this story is considered defamatory given the fact that Mr. Polanski cannot be here because he slept with a 13-year-old girl a quarter of a century ago.

"Nevertheless, it's interesting to see how the wheels of British justice move. I wish Mr. Polanski well."

Polanski's private life was the focus of attention for much of the trial, with Vanity Fair attempting to persuade the jury that he was perfectly capable of "callous indifference" to Tate's memory and had no reputation to hurt in the first place.

"This law, I suggest to you, knows of no rules, only violations of civilised conduct which it appears can be readily abused," he told the court.

John Kelsey-Fry, barrister for Polanski, argued that Polanski was clearly distraught at the time of Tate's murder.

He also questioned why Beatte Telle, the Norwegian woman whom Polanski allegedly romanced in 1969, had not appeared.

Polanski admitted having sex with a woman four weeks after Tate's murder and seeking solace in sex with teenaged girls from a finishing school in Gstaad, Switzerland, later in 1969.

But he took offence at the article saying he had promised the "Swedish beauty" in the New York restaurant: "I will make another Sharon Tate out of you."

Vanity Fair conceded it was wrong to say Polanski made the "long, honeyed spiel" on his way to Tate's burial, but said the gist of the story was true and took place a few weeks later.

Hollywood actress Mia Farrow, with Polanski during the evening when the alleged incident took place, appeared as a witness, as did Sharon Tate's sister Debra.

Both Tate and Polanski broke down in tears at several points during the trial.

Keith Schilling, solicitor for Polanski, estimated Vanity Fair's costs at 1.5 million pounds. David Hooper, for Vanity Fair, said Polanski would be "out of pocket" to the tune of 300-400,000 pounds due to the costs of the trial.