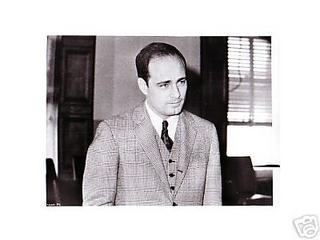 If you are gonna join our Official site and follow our musings, you should understand that the first tenet of living in these here United States is "Question Everything". The second tenet is "if it don't make sense, it probably ain't true." You may not have finished Freshman Logic, but your guts will probably make sure you run from a rattlesnake, just as well as they advise you to not touch a hot stove or to believe a politician.

Have you EVER heard about a series of murders that were not done for personal reasons, however misguided, UNLESS they were by one individual that just liked killing? Of course you didn't. Because your gut tells you that isn't what human nature does. OJ killed Nicole because he was pissed. Blake killed Bonnie because he was humiliated. These are human emotions we all understand.

Now BUGliosi didn't NEED to provide a motivation for the Tate/LaBianca murders. The LAW did not require it.

Also, the people who committed the killings, they were nailed. Done. Sadie. Tex. Linda. Leslie. They were busted by their own mouths and by each others.

But the BUG wanted to "Get Charlie." Nothing less would do.

Now I am NOT saying that Charlie was an innocent. It doesn't matter what he was for this point to be effective.

But Charlie didn't kill anyone.
Charlie wasn't any where for miles when the murders went down.

But if he could GET Charlie, he'd be a hero to the establishment.

He'd be a hero even MORE so if it turned out that Charlie was the devil.

The worse Charlie could be made to be seen, the bigger hero BUG becomes when he brings him down.

So Charlie orders the killings in order to start a race war.

Gut Check- forget about reality- we'll help you with that.

Gut Check- does that motivation make ANY sense to your gut?

And if it doesn't, then why were we fed it by the prosecutor.

Cops and lawyers always say- who had the most to gain by the crime or the lie.

Who gains the most by Charlie being a superhuman devil, brought down by the BUG?
Posted by ColScott at 12:59 AM

you should understand that the first tenet of living in these here United States is "Question Everything". The second tenet is "if it don't make sense, it probably ain't true."

OJ and BLAKE were found innocent, the rest doesnt matter after the jury said innocent. Charlie had motive, he was pissed at the establishment and at the lack of getting his recording contract. and you have to have motive to prove guilt. jurors will not convict someone to the chair without a motive regardless of what the law says.

I'm sure Bugliosi would be flattered at the thought of himself being this incredably devious person but the fact is, He was doing his 9-5 job for a paycheck. His job is to convict criminals and thats what he did.

You are becoming the blog TOOL.

Please learn to speak before you speak.

They were found "not guilty" by a reasonable doubt. It doesn't mean they didn't do it or maybe they did- under the LAW they are not guilty. IT HAS NOTHING TO DO WITH INNOCENCE.

Moron Mistake #2- The Prosecution has NO BURDEN of proof as pertains to motive. Doesn't have to even offer a motive. You can prove someone guilty even if you are unsure of the motive.

Semi-Moron Mistake #3- if you believe that HS was the motive for T/L then you believe in Unicorns and Fairies.

Moron Statement #4- his job IS to convict criminals that we agree with- but NOT at any cost. Not by lying and perjury. No,

The BUG is devious, perhaps the most devious lawyer of the 20th Century.

This is FACT not opinion.

And to help you with Reading Comp,

by "these" United States I mean mine and my board.....

In THESE United States we question everything.

So Please correct me if I'm wrong.

You never accepted a TOS when you registered here at Blogger.com cause the TOS I accepted does cover offensive and abusive language.

Tell you what, If you can prove all of the allagations your stating, you could get the whole thing overturned. Imagine the Fame and Fortune eluding you right now for the knowledge you hold. Oh Yeah the proof is probably the part of the case you've (you have) forgotten that BUG never knew
I am ColScott. I have forgotten more about this subject than the Prosecutor ever knew.

Of course I did- what words were abusive wittle boy????

Oh and the word is
allegation
and it is "you're stating"- a contraction again....

I can prove everything without perjury. Unlike BUG.

Are you so intellectual that your (belonging to you) arguments rival the arguments of a 8 year old. You're (you are) so sidestepping everything I say. You accept nothing for face value but you expect us to accept what you say as law.

I love intellegent conversation but apparently your (you are) uncapable of partaking without accepting alternative viewpoint.

I'll (I will ) answer any other posts that carry intellegence in it, otherwise dont bother.

First learn to spell intelligence...maybe you just can't recognize it?

"I love intellegent INTELLIGENT conversation but apparently your (you are) HAHAHAHAHAHHAHAHAH YOU GOT IT WRONG RIGHT IN FRONT OF YOUR BIG NOSE uncapable NO SUCH WORD of partaking without accepting alternative viewpoint. DID YOU MEAN THE PLURAL.

The GI Bill must suck.

hey, I'm man enough to admit my mistakes, I only have 6 things going on at once.

when you have a conversation and all you can do is correct grammer... well
I only wish I was half as perfect as you are.

Please forgive me for intruding into your sandbox.

GRAMMAR is the word. For god's sakes son get a freakin' grip.

If you are going to have an argument on the web you have to know English.

Is that so hard? It's not ROMPER Room it is THIRD GRADE English.