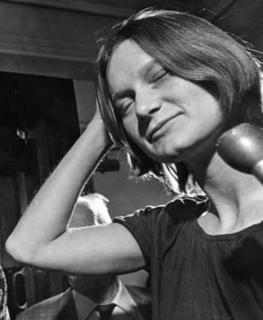 I'm scratching my head too Mother Mary. You are one lucky bitch!

I was wondering after the last post how Mary Brunner was able to skate on the Hinman murder when she never testified truthfully according to her agreement and then I found this - it is apparently a famous case study.

Also note on the page that Howard Weitzman, he who would someday be an OJ lawyer repped Brunner.

Mary bought a new home near Eau Claire Wisconsin in 2000. Gary Hinman, who she helped tortured for three days back in 1969 doesn't own any house any longer.

[4] Assuming their initial agreement was properly enforceable, the People contend that Brunner did not fulfill her part of the agreement and hence they are not bound to fulfill theirs. The argument runs: The People bargained for Brunner's truthful testimony in proceedings arising from the Hinman murder; fn. 5 Brunner's testimony in the Manson trial contradicted her testimony in the Beausoleil trial; accordingly, at one of the trials she must have been untruthful; therefore, she did not give the bargained-for truthful testimony.

We look on the matter somewhat differently, because in our opinion the People got substantially what they bargained for. The purpose of their bargain was to secure murder convictions of the most reprehensible of the Hinman killers. Brunner testified at the Beausoleil trial, and Beausoleil was convicted. She testified at the Manson trial, was impeached by her Beausoleil trial testimony, and Manson was convicted. The People, however, argue that convictions are immaterial, pointing out they are not permitted to bargain for results but only for full and truthful testimony (People v. Walther, 27 Cal.App.2d 583, 591 [81 P.2d 452]; People v. Green, 102 Cal.App.2d 831, 834-839 [228 P.2d 867]; People v. Lyons, 50 Cal.2d 245, 265-266 [324 P.2d 556].) While it is indisputable that the People can bargain only for testimony and not for results, the issue here is not the validity of the bargain but the extent of a party's performance under the bargain. Performance can be measured, at least in part, by results. Since the People got their hoped-for results through the use of Brunner's testimony, we conclude, albeit somewhat pragmatically, that enough of the bargain was kept to make it operative. We note that validation of the grant of immunity from prosecution for murder does not bar prosecution for perjury and that the grand jury has indicted Brunner on four counts of perjury arising out of her testimony in these cases
Posted by ColScott at 8:01 PM