Understanding (and Avoiding) the Right of Publicity 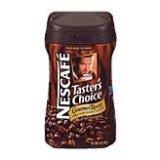 A brief google gives us some interesting paragraphs....

The right of publicity protects each person,celebrity or not, and allows each to control and profit from his or her identity. A majority of states recognize publicity rights either by statute or through case law. California and some others protect publicity rights even after a person’s death.

---
You may have a multi-million-dollar problem when you use another’s photo without that person’s permission. A jury in California recently awarded a kindergarten teacher, Russell Christoff, $15.6 million for violating his right of publicity. The violation arose when Nestle U.S.A. used his image without authorization on its Taster’s Choice coffee labels
---
I looked these up for you because I wanted to address an issue raised by Shelby in an earlier post. Apparently, two years ago, Debra Tate, in an effort to control her legal rights as executor of Sharon's estate, issued letters trying to control the posting of photos on the internet. I went through the Sharon Tate Candids Yahoo group with her help and reviewed these asinine comments made by Debra's rep, Robin Olsen.

But all that needed to happen was that Debra need to be replied to-- "Yes you own her likeness for commercial gain. We are not making shirts or posters or mugs, we are not selling anything. These photos are NOT owned by you. You have no claim here. Go away." Because legally she does not.

Similarly, and I must confess, sadly, when they tried to get Nelson to stop selling the Death Photos online, she had no claim at all...she doesn't OWN those photos. Which is how she couldn't stop the exhibit of Fearless Vampire Killers photos in LA this year...or indeed the sale of Sharon's movies.

She COULD stop a photo of Sharon that she doesn't own being used to sell a new car or something... and similarly could also contract for that to happen.

Debra's rights should be respected--- but she doesn't have the right to threaten people randomly.
Posted by ColScott at 10:04 AM

are you saying that Sharon Tate is featured in that age-old SANKA packaging? And IS there a credible place to find real crime scene fotos from the case?

colscott i just wanted to say that this is an excellent post. very well said. applause!

MW- No clearly you Ghey TV Writer I am saying that Sharon's image may NOT be used in such and ad without payment.

If you use GOOGLE Images "Sharon Tate Death" you will find the death fotos- but they are sick.

Shelby- Gracias- I DO mean well!