....And the Rest, Are Here on Gilligan's Ranch 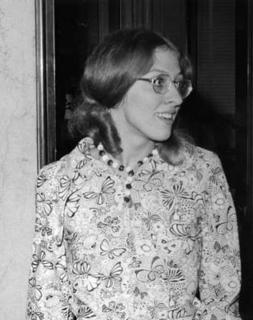 Did you ever wonder how some of the minor members of the Family fit in to the equation? I did. Whatup Country Sue? How're ya Randy?

Ella Jo Bailey, pictured here, with the unflattering profile was a definite member of the Clan Manson. She's mentioned everywhere, though this is the only picture I could dig up. She testifies against Manson at his Hinman trial. Doesn't say much before or after that. The appeals court for that trial summed up her testimony later thusly---

Ella Jo Bailey testified for the People that she had known Manson since 1967 and travelled extensively throughout the southwestern United States with him, Mary Brunner, Patricia Krenwinkel and Lynne Fromme, and that they moved to the Spahn Ranch in 1968 where she met Davis and Beausoleil. Several times during May and June 1969, Manson talked to Bailey and others about "going out" to get money to buy dune buggies to go to the desert to live. In July of 1969 Manson talked to several members of the family about the need to get money and names were discussed of various persons from whom they could get money. Hinman's name was discussed and the fact that he owned a house and stocks and bonds. On July 26, 1969, Manson told Bailey and Bill Vance that he wanted them to go to Hinman's house and persuade him to join the "family" or sign over all of his property and automobiles. Vance said he had better things to do and walked away. That night at about 6 p.m. Bailey saw Manson talking to Beausoleil and Davis. Beausoleil had a knife (People's exh. 18) and Davis had a nine millimeter Radom gun (People's exh. 30). Subsequent investigation by officers established that Davis had purchased the gun under an assumed name. Bailey saw Brunner and Atkins dressed in dark clothes. Bailey saw Brunner, Atkins, Beausoleil and a fourth unidentified person drive off in {Page 71 Cal.App.3d 14} a ranchhand's car which was driven by the fourth person. Davis was still in the parking lot.

"Charles [Manson] stated that after the phone call had come to the ranch asking for help, he and Bruce Davis had gone to Gary Hinman's house, and he stated at the time that they arrived, Mary [Brunner] and Sadie [Atkins] and Bobby [Beausoleil] had gotten the gun back away from Gary Hinman.

"He said that two or three shots had been fired at the house. He also said that Bobby was foolish to ever let Sadie hold the gun on Mr. Hinman. ...

"He said that all they had gained from going to Gary's house were the two vehicles and around $27."

So we know that EVENTUALLY Ella decided to work with the Man and bring the thing down. After everybody ALREADY had death sentences, mind you!

Bailey testified fully that she understood that if she testified truthfully the forgery charges against her would be dropped.

I wonder about the folks who joined after the murders! What was up with that?