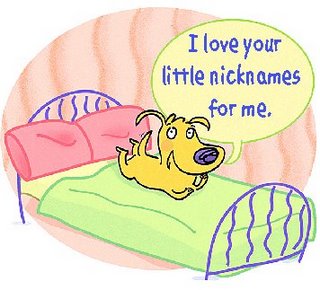 WORK-RELEASE INMATE SOUGHT: A man serving a four-month work-release sentence for violating his probation did not return to the Plummer Community Corrections Center after work on Sunday, officials said Monday. Department of Correction spokeswoman Beth Welch said James G. Anderson, 27, of Wilmington, who also goes by Charles Manson, is about 6 feet tall and weighs about 155 pounds. He has brown eyes and hair and a light beard and mustache, Welch said. There are tattoos on both of his shoulders and a scar on his left eyebrow, she said. Anyone with information about his whereabouts is asked to call (800) 542-9524 or their local police department, Welch said.

Maybe Squeaky's gonna get a visitor....

his alias should have hinted that he might not be a good candidate for work release lol.

Cute cartoon! Rather reminds me of one of my ex-husbands!